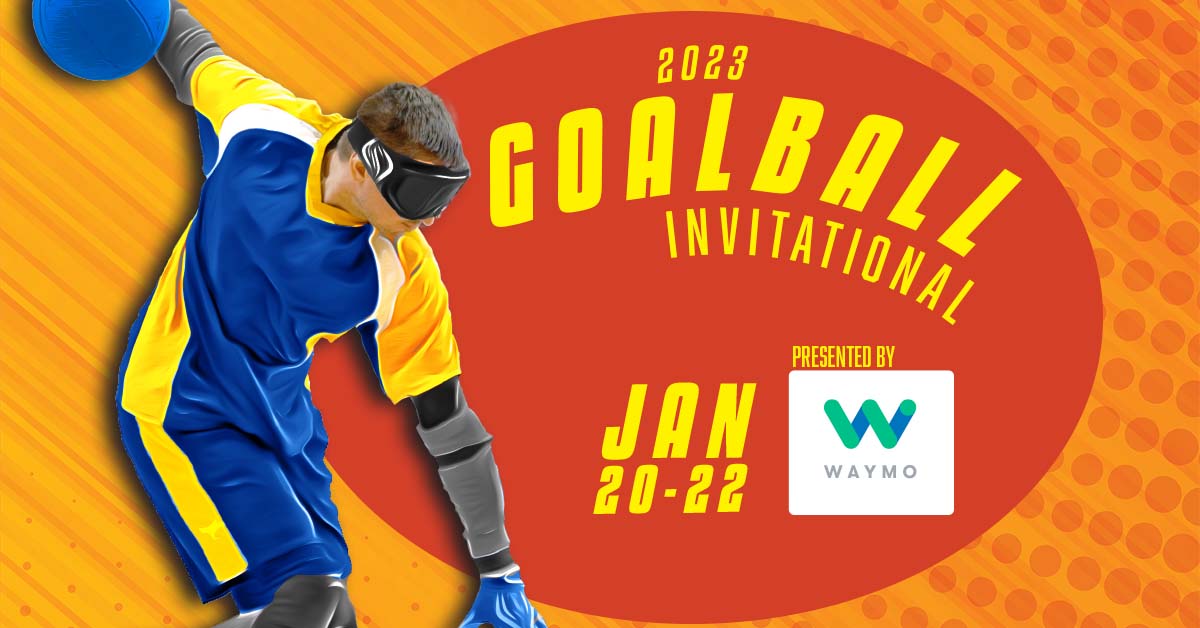 Watch the teams battle it out on the court at no charge.

Are you a goalball athlete? For more details about participating in the tournament, contact Luke Rumbyrt at luker@ability360.org or call (602) 386-4568

Goalball is a team sport for athletes who are blind and or visually impaired. Teams are made up of six players, with three members playing at any one time. Origins of the game date back to World War II as a way to rehabilitate veterans who became blind and keep them active. Goalball became the first Paralympics team sport for athletes with vision impairments 75 years ago when it was officially inducted at Toronto 1976. The object of the game is to get a ball past the opposing team and into their net by hurling it from one end of the court to the other. String is taped to the markings on the court to allow players to feel the lines and orientate themselves. The opposing team must block the ball from entering their net by throwing their bodies across the floor. The game ball is about the size of a basketball and has several bells inside, so the athletes with visual impairments know where it is thrown. All players must be legally blind and wear blacked-out eyeshades at all times to ensure fair level of competition. Due to the extreme importance of sound, audience members must remain absolutely quiet during the game until the referee allows for noise.