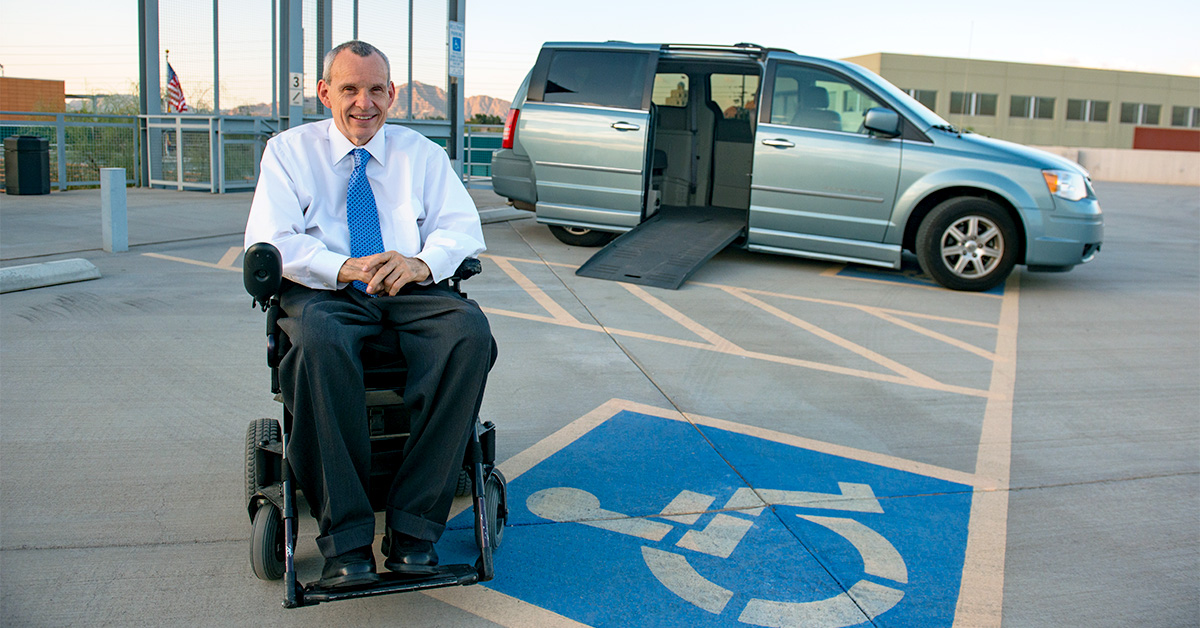 Are we AIDed by ‘Drive-by’ Advocacy?

If you’ve been following the news lately, you’ve no doubt heard about the flood of Americans with Disabilities Act (ADA) lawsuits that have drawn the ire of small businesses across Phoenix and the Valley.

An organization calling itself Advocates for Individuals with Disabilities has filed about 1,500 lawsuits just this year and sent another 42,000 warning notices to local businesses about non-compliance to the ADA. The majority of these notices concern parking lot violations such as the lack of a van accessible space or inaccurate sign height for accessible parking.


AID typically gives businesses 30 days to respond to the warning after which time it may file suit. Businesses that respond to AID are offered the opportunity to settle if they agree to fix the problem, usually for about $3,500 to $7,500, thus avoiding litigation and attorney fees. Many businesses claim to not even understand what the violations are for. Those who have settled, claim that AID never returned to verify that the issue was resolved, thus leaving them open to future litigation.
Businesses feel they are being extorted by a disingenuous plaintiff and his attorney, who never actually intended to patronize the business, but rather just drove by and took pictures of the parking lot. It appears that AID is systematically going from one zip code to another, photographing parking lots of shopping centers, strip malls, small property owners, and other “mom & pop” types looking for ADA violations.


This has become a real dilemma for the disability community. On the one hand, we want more access to business, so ADA enforcement is a good thing, especially for those businesses that have ignored compliance for 26 years. On the other hand, the high volume of lawsuits is giving the ADA a black eye and businesses are fighting back.

Last year’s legislative session saw the introduction of SB1284 that would have imposed a 60-90 day waiting period before a plaintiff could sue, giving businesses time to address the problem. Of course, the disability community opposed SB1284 and thankfully, it was defeated. Businesses have had 26 years to comply with the ADA. Why should they get one more day? Ignorance of the law is no excuse! Additionally, a waiting period or “time to cure,” just sends a message to business owners that they don’t have to worry about complying with the ADA until they receive a letter notifying them that they are discriminating against people with disabilities.

Unfortunately, the recent wave of lawsuits has made the ADA a target of attack, but the law is not the problem. Non-compliance is the problem. If there were not such blatant non-compliance, AID would not exist. AID has discovered what we’ve known for a long time; many businesses just ignore the law. Their parking lot suits are just “easy pickins.” Personally, I don’t condone what AID is doing. Their business model is gaming a lawful process, and it’s likely disingenuous and exploitative.

The Arizona Attorney General’s Office recently stated, “The plaintiff is circumventing the statutorily proscribed State enforcement process by claiming to “investigate” supposed violations of the federal ADA and the AZDA, while in reality apparently engaging in “trolling” litigation tactics designed to induce defendants into quick pre-suit or post-complaint settlement that merely enriches the plaintiff.” AID and its founder, Peter Strojnik, Esq., however, claim to be champions of disability rights. I can’t get inside someone’s head, nor his heart, so I won’t attempt to judge his motives. Maybe he is out to make a quick buck, but if the AG’s office successfully steps in and prevents these suits from going forward, thousands of businesses will be off the hook for their violations.

Most importantly, the attention that AID has drawn to the issue of ADA compliance is a wake-up call to all owners of places of public accommodation as covered by Title III of the ADA.

Businesses need to become educated about what their obligations are under the law. AID has focused on parking lots, but what about getting in and around once inside a business? Those are equally important matters businesses need to learn about. There is free technical assistance available to the public on compliance with Title III’s requirements. There are a large number of publications on Title III’s requirements. Telephone information lines and web sites exist with numerous technical assistance materials.

Proponents of weakening the ADA with a notification or “time to cure” period often argue that the plaintiff’s charges are often trivial and minor. If the accessibility violations in question are truly minor, it would not be difficult for businesses to remedy the problem and resolve the issue quickly, with minimal attorneys’ fees.

Sign height is a typical example. “Signage may sound minor to some, but people with disabilities live their lives looking for signage that indicates a facility can accommodate them,” said J.J. Rico, Executive Director of the Arizona Center for Disability Law. “If accessibility isn’t readily apparent, they’re moving on,” he said. “If it’s properly marked and in a uniform place, it makes it that much easier for them to participate in things we all want to participate in, like going to the store or the movies.”

Van-accessible spaces are similarly key for people who use wheelchairs. “Again, I think some folks think it’s not a big deal,” Rico said, “but if there’s not ample space for a wheelchair ramp to come down, the person can’t actually get out of his vehicle.” The result of modifying the ADA with a “time to cure” period would result in much less voluntary compliance with the law and the overwhelming advantage will go to those who choose to ignore the law.


Finally, the ADA has several provisions that protect businesses from unreasonable requirements. For instance, the ADA does not require any action that would cause an “undue burden” or that is “not readily achievable,” which is defined as “easily accomplished and able to be carried out without much difficulty or expense.”

In addition, the federal government encourages voluntary compliance by providing financial assistance to small businesses that make required changes to older facilities. Small businesses that generate one million dollars or less in annual gross receipts or having less than 30 or fewer full-time (30 hours per week) employees are allowed a tax credit for 50% of eligible expenses in excess of $250.00 up to a maximum of $10,000 that are incurred to comply with the ADA.

On a personal level, I’ve been disabled and have used a wheelchair for 38 years. I’ve experienced life before the ADA and after it. I would never want to return to pre-ADA days. In light of the recent ADA lawsuit phenomenon, I think everyone needs to understand that for a person with a disability trying to access the community, non-compliance to the ADA should not be perceived as frivolous, minor or trivial, as some would suggest. Rather, it is what it is…discrimination!