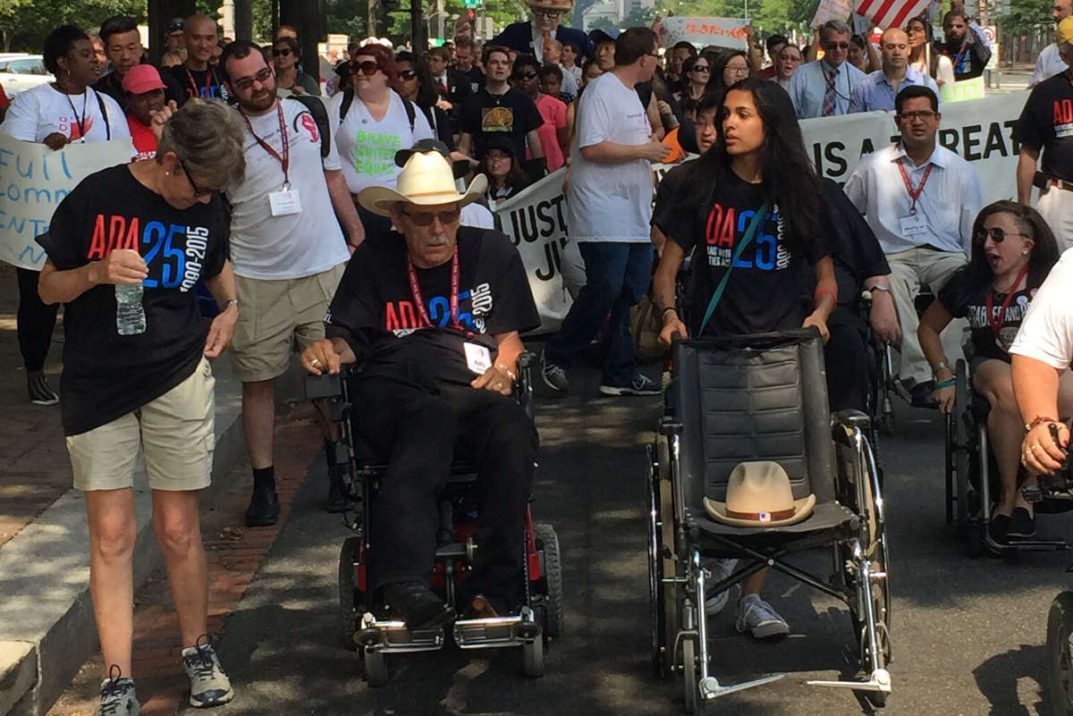 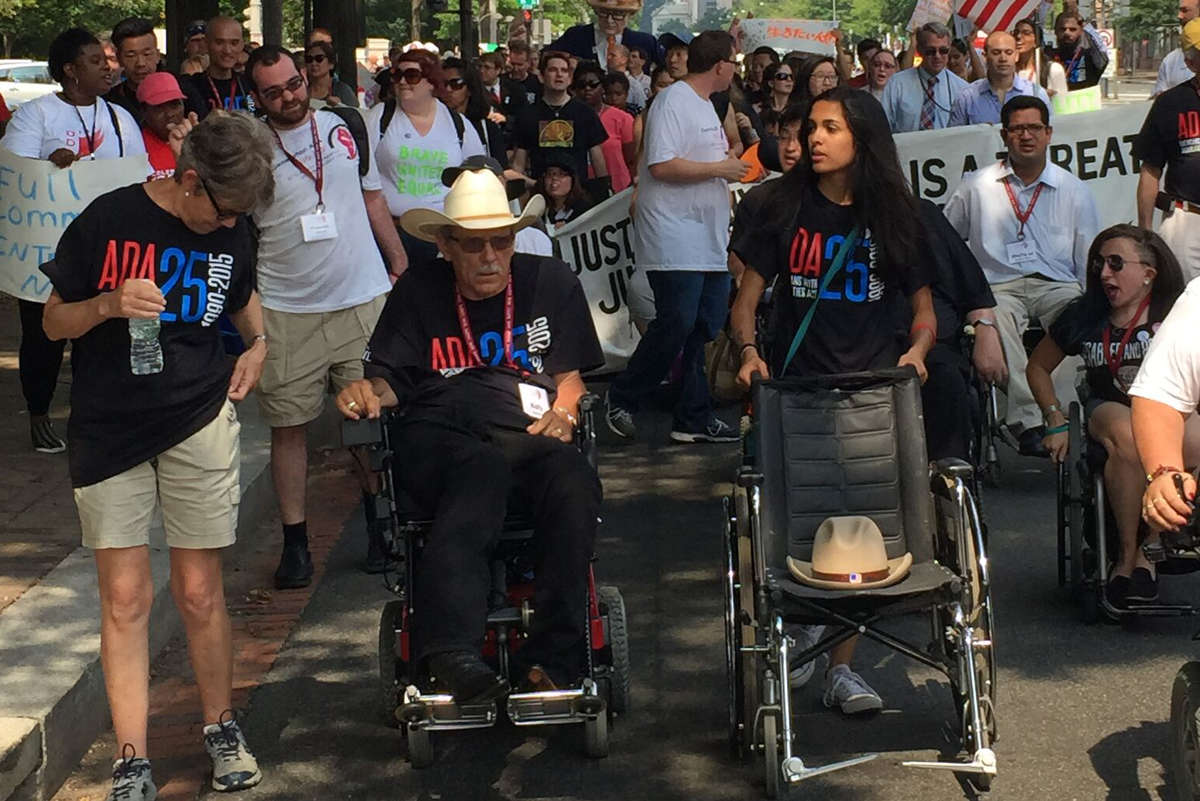 This past July, Ability360 staff and board members attended the National Council on Independent Living Conference in Washington, D.C. The annual NCIL conference focuses on issues critical to persons with disabilities to continue to live independently in the community, such as employment, social security reform, transportation and housing. Many more young adults attended the conference than in the past and led several sessions focusing on youth issues. In addition, a large contingent of Japanese with disabilities came to learn about our Independent Living movement and share their experiences living with a disability in Japan. 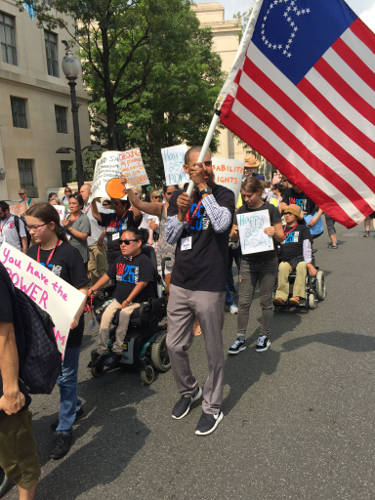 The highlight, of course, was celebrating the 25th anniversary of the passage of the Americans with Disabilities Act. NCIL held a gala, and the following day, over 2,000 persons with disabilities exercised their First Amendment Rights and marched down Pennsylvania Avenue to the United States Capitol to commemorate the ADA and meet with their congressional delegation on important issues facing the disability community. Exercising one’s constitutional rights is the best way to celebrate the 25th anniversary of the ADA!

What is NCIL?
Founded in 1982, The National Council on Independent Living (NCIL) is a grassroots organization that exemplifies the values of disability culture and independent living. Run by and for individuals with disabilities, NCIL accentuates that those with disabilities have incomparable perspective to contribute to society, and deserve an equal opportunity in determining how to live, and be a part of, and take part in their communities. As a membership organization, NCIL is committed to advancing the Disability Rights Movement. 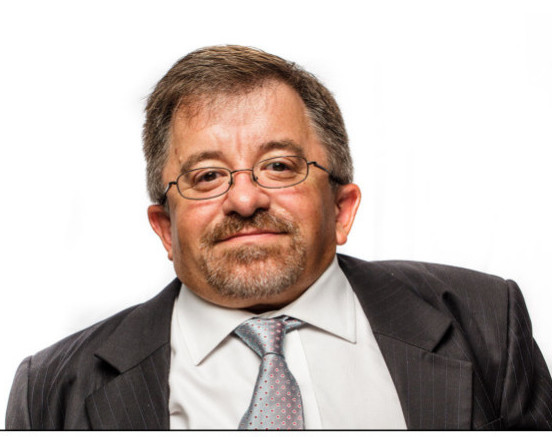 Ed Myers joined the Ability360 Board in February 2015. He has practiced disability law for 25 years. After working as a law clerk for the Montana Supreme Court, he worked for what is now known as Disability Rights Montana as a Mental Health and Assistive Technology Attorney. He also worked as a Policy and Funding Specialist for the Arizona Technology Access Program. Ed is currently an adjunct professor for Northern Arizona University, teaching disability law in education and advanced disability law. He recently retired after eight years as the Deputy Executive Director for the Arizona Center for Disability Law (ACDL). Ed is also a published author in several journals and the Montana Law Review on disability and technology issues.