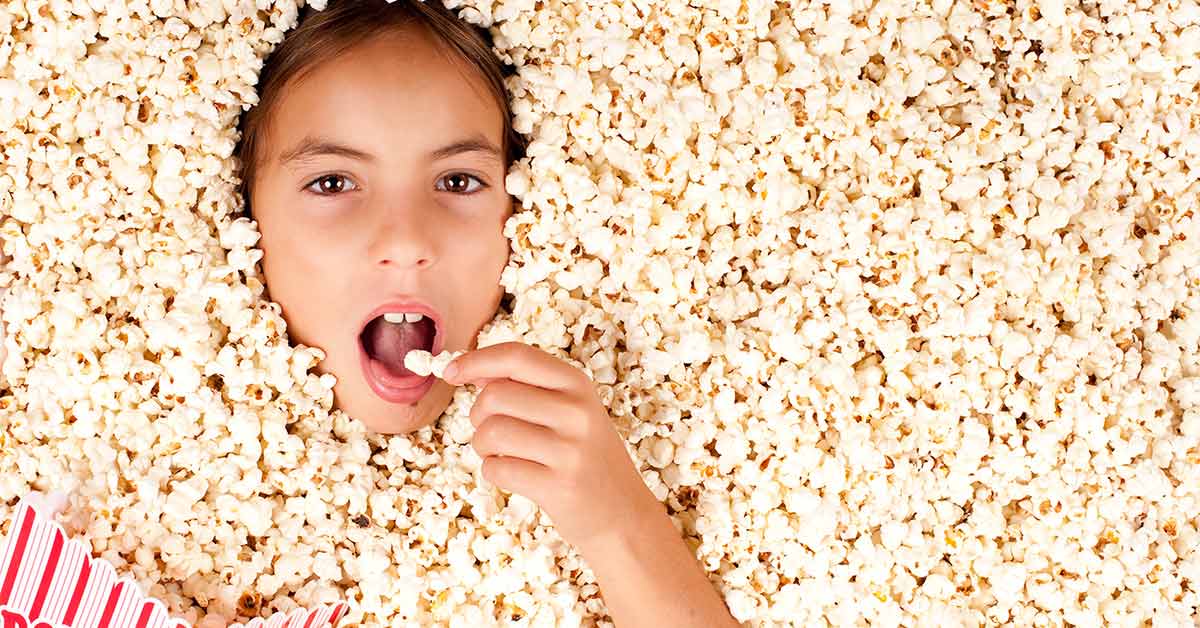 In the Dark (The CW) Review 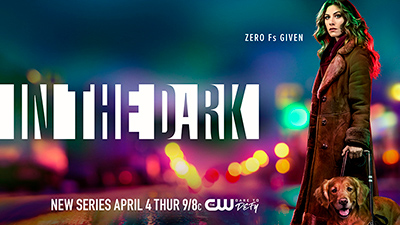 “In the Dark” is the story of an impassive, heavy-drinking blind woman in her 20s, named Murphy (played by actress Perry Mattfeld, who is not blind), as she and her guide dog, Pretzel (not a typically trained guide dog) take on the world. During a night of heavy drinking, Murphy and Pretzel stumble upon the deceased body of her teenage friend, Tyson. After Tyson’s body disappears, the police halt their investigation, and Murphy decides she is going to bring Tyson’s murderer to justice with the help of Pretzel.

While the show’s direction remains dark in comparison to other reviewed shows and films, the CW takes it through some of the same themes with Murphy struggling to find herself and her purpose all while struggling through her guilt and grief. The show is great entertainment but is explicit and is not recommended for viewers under the age of 14. While the murder investigation is the vehicle driving the show, it also seems to be the driving force behind Murphy’s averse emotional growth.

Overall, I give this show a 2.5 out of 4 for its growth potential and for Murphy’s transition from the aggressive anti-heroine to the hero. 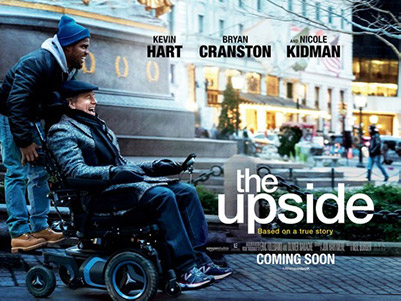 “The Upside” is based on a true story, a remake of the 2011 French movie “The Intouchables.” The story begins with a billionaire who is quadriplegic (Bryan Cranston) hiring a recently paroled convict (Kevin Hart) to be his personal care assistant. An unlikely pair, they quickly develop a strong friendship while helping each other become the best versions of themselves.

The first upside to this movie is that the title reframes the stereotype that having a disability means living a life of gloom. The story is definitely a reflection of the title. It gives you an inside look at living life with a disability. As a person who uses a wheelchair and has had caregiving services, I could relate to several of the situations that arose in the movie. While it would be nice to see an actor with a disability play the main role, I thought Bryan Cranston did a great job. I really enjoyed the movie, and I’m looking forward to watching the other three versions to see the different interpretations. On a scale of 1-4, I would rate this 4. 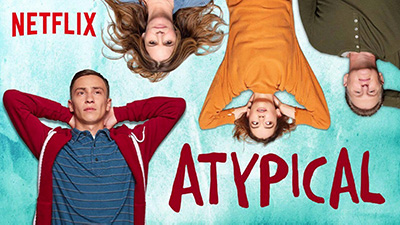 This show follows the life of Sam, an 18-year-old with autism, and his journey to independence after he decides to pursue a romantic relationship. Keir Gilchrist, the actor playing Sam in the TV series does not have autism. To more accurately develop Sam’s personality in the second season, directors of the show worked with David Finch for his perspective as a person on the autism spectrum. In another attempt at increasing disability representation in the second season, the show introduced five new characters with autism, each played by an actor who has autism. The characters are part of Sam’s peer group in the show, and while they are all supportive characters, they add to the storyline, and it’s a clear sign the show sees the importance of real disability representation. Overall, I’ve enjoyed watching the first two seasons and have already recommended it to many. The show is simultaneously comedic and moving. On a scale of 1-4, I would rate this 3 (potentially more if the main character were played by an actor with autism). 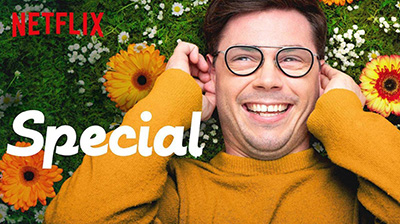 “Special” is the executive-produced, written and starred-in miniseries by Ryan O’Connell and is based on his memoir I’m Special; And Other Lies We Tell Ourselves. O’Connell is a mid-twenties writer trying to make a career for himself, all while figuring out his identity of a gay man, a disabled person, a writer, a son and a friend. The eight-episode series takes us through O’Connell’s story of making new friends, exploring his sexuality, and becoming independent of his mother, something that’s relatable to all of us no matter our abilities. While the show’s tendency for over-dramatics sometimes outshines the witty writing, it is still a breath of fresh air to a watcher who also happens to use a power wheelchair. There’s a perspective in the writing that even Hollywood’s finest would have trouble replicating. On a scale of 1-4, I would rate “Special” as a 3 out of 4. 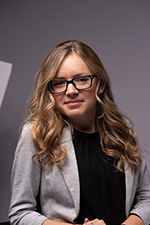 Kasey Kaler is a graduate of Gonzaga University’s Sport and Athletic Administration M.A. program and Arizona State’s Walter Cronkite School of Journalism and Mass Communication B.A. program. For the last six years, Kasey remained true to her passion for producing content for a multitude of platforms and sharing stories to help people view differences as an asset. 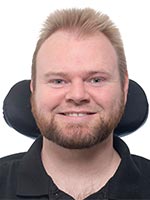 John Beaubien is Ability360’s Graphic Design and Marketing Specialist. He earned his bachelor’s degree in Graphic and Web Design from the Art Institute of Phoenix. John is knowledgeable in accessible design. He enjoys cooking, spending time with his family and learning about new technology. 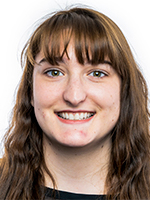 Summer Sorg is a student at the Walter Cronkite School of Journalism and Mass Communication specializing in photography and digital journalism. Her heart lies in storytelling, nature and exploring. Summer plans to use her talents to highlight important issues and inspire people to care.