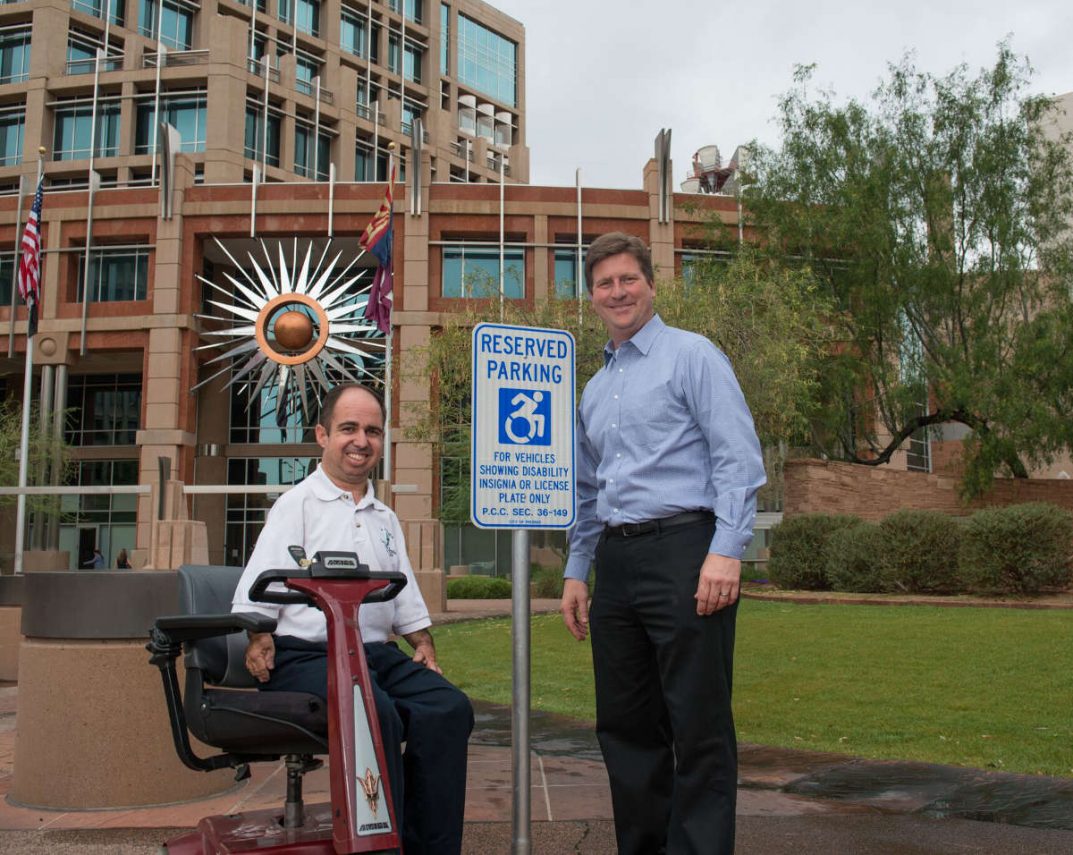 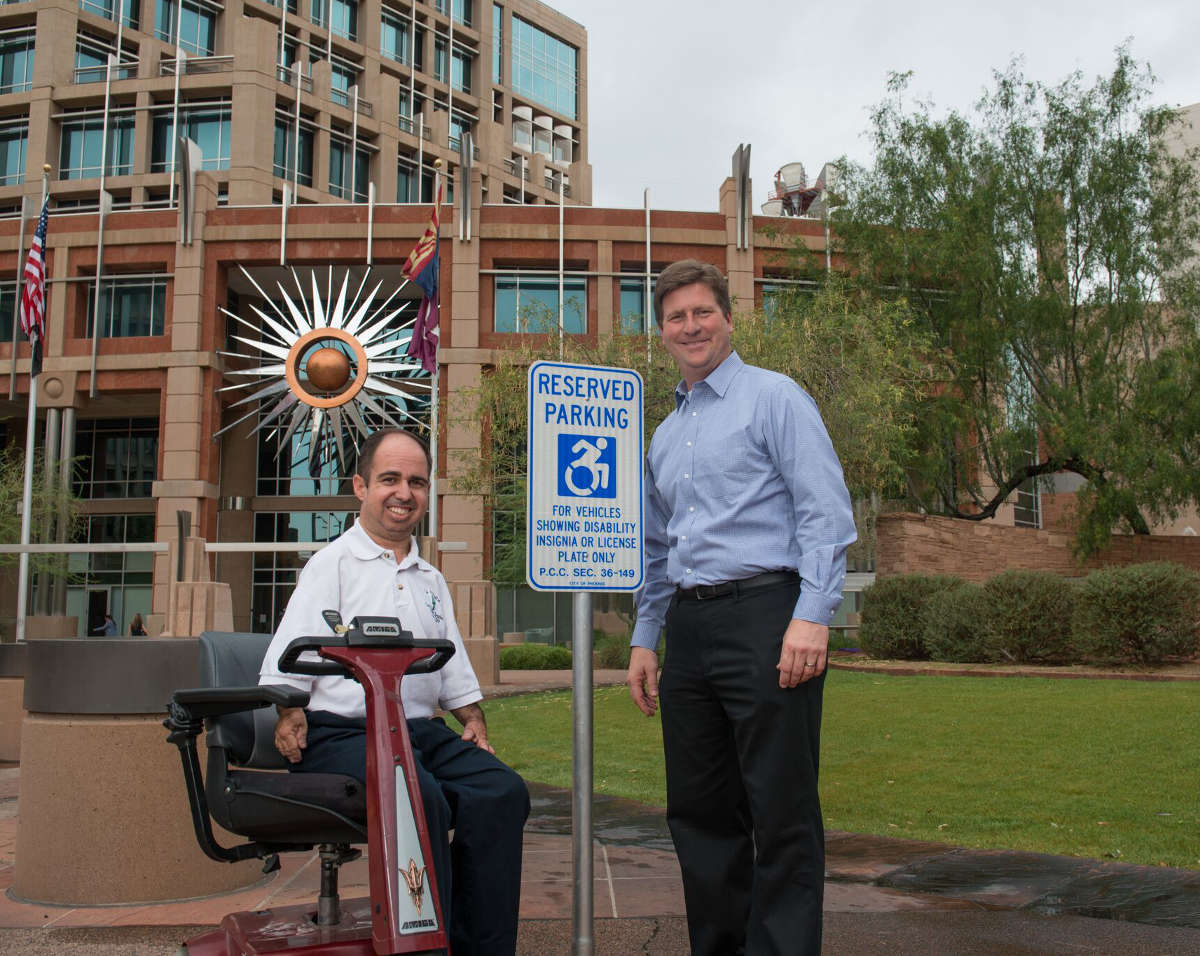 On Wednesday, May 13, 2015, the City of Phoenix unveiled their updated accessibility icon. By unanimous vote of the City Council, Phoenix became the first city in Arizona to approve its use. Phoenix will make the change during scheduled maintenance of existing signs or in places where new signage is needed.

Peter Fischer, the City’s ADA coordinator stated, “This is a positive step in the direction for equality and equal access for everyone.” The modernized International Symbol for Accessibility (ISA) icon suggests motion and autonomy, emphasizing the person instead of the wheelchair. “It’s about people who are out there doing their jobs and getting around like everyone else, and that old stick figure just didn’t represent them as people,” said Fischer.

Private entities within Phoenix can also use the symbol if they choose, but they are not required to update. Individuals with questions regarding use of the icon should contact Phoenix’s ADA coordinator at Peter.Fischer@phoenix.gov.

This is a forward-thinking change for those whose disability requires accommodation in parking, paths of travel or entrances. Phoenix Mayor Greg Stanton explained, “The new icon is much more representative of the disability community and the active lifestyles they have.”