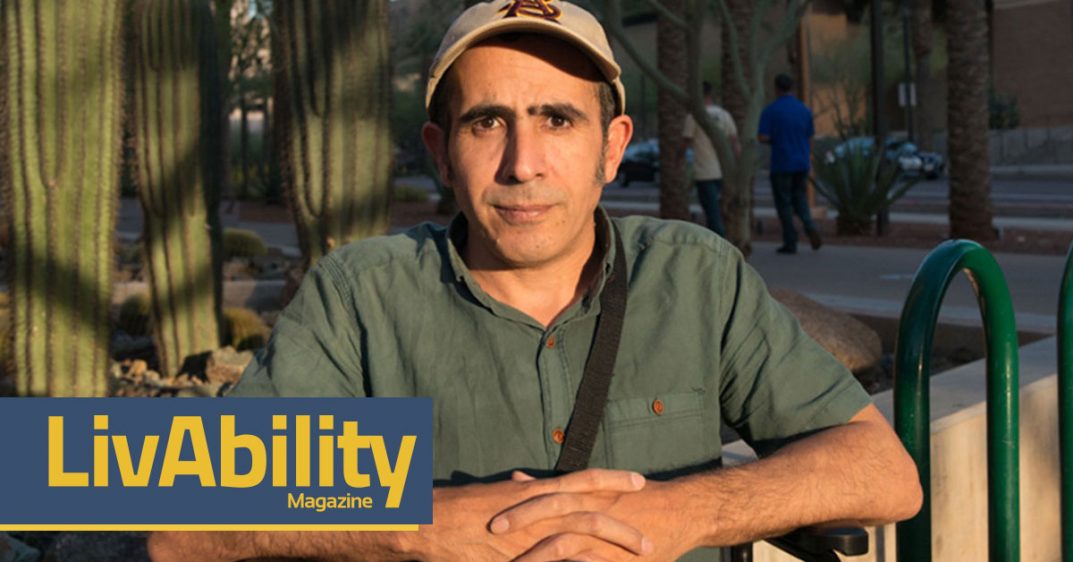 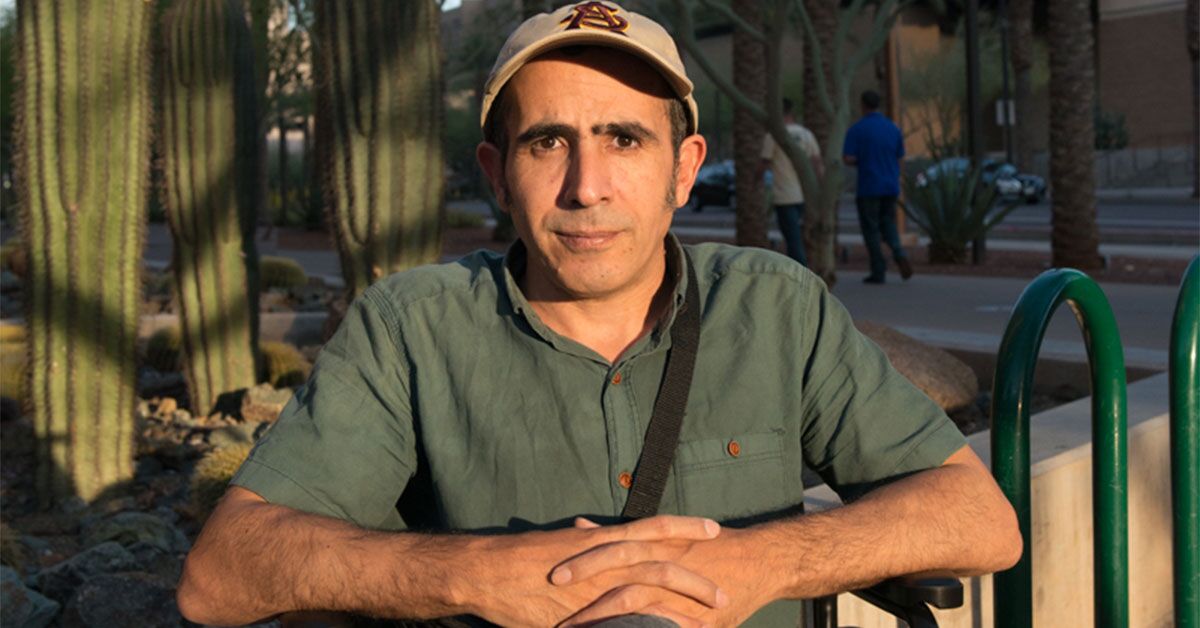 A small group of Syrians prepared to illegally cross the Turkish border in broad daylight. They had attempted to cross the night before, but gunfire forced them to retreat.

Now, they were going to try again in hopes that the guards, upon seeing the weaponless ensemble, would realize that they posed no threat and hold their fire.

That was the best-case scenario.

It seemed illogical, but what else could be done? They had already paid the smuggler and couldn’t possibly return to Syria and the war zone they were fleeing

It was cross or die trying.

Among the migrants was Noah Abraham, a teacher who had lived in Syria for almost 40 years. He was paralyzed due to polio in childhood. Because of this, he was hoisted onto the smuggler’s back and was carried through the wires. 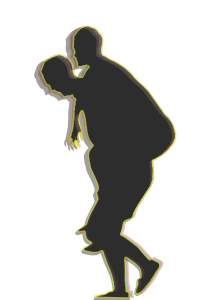 Abraham was arrested. The smuggler was not.

Turkish border patrol recognized the smuggler and fired several times, but he eventually managed to cross the border back to Syria.

The six Syrians that remained were detained at a military checkpoint. They knew that what they had done was illegal. The Turkish border was closed for fear that members of the Kurdistan Worker’s Party (PKK), a terrorist organization, might enter.

The soldiers yelled and waved their guns. Abraham was certain that he was going to be beaten, if not killed. But then he did something that changed their attitudes immediately.

The soldiers cooled down. He explained to them that he left Syria to find work as a translator in Istanbul. Afterwards, an officer approached him. “He told me, and I remember this vividly, ‘Stay here, and I will pay you. Just teach me English,’” Abraham said.

He declined the offer. It hasn’t been the last.

“It happened in so many places,” Abraham said. “People will ask me to teach them English. Even when you go to the bank, for example, when they check your passport and see that it’s Syrian, they are not so much comfortable. When you speak in English, it’s a miracle. It was so noticeable in so many different situations.”

It’s this same magic that not only helps him in the US, but allowed him to become a voice for other Syrian refugees in the Valley today.

The Man Named ‘Nuh’
Nuh Ibrahim sits in his wheelchair, legs crossed so that his right ankle rests upon his left knee.

That was the name his mother gave him—the same ‘Noah’ found in the Bible. But not even names are safe from geopolitical conflict.

“I am Kurdish and it was forbidden for the Kurdish to name their kids with Kurdish names,” he said.

‘Nuh’ is the Arabic version of the same name, forced upon him by Syrian law, one that he would rather leave behind. “I do not want people to call me it because it was forced on me,” he said.

Abraham was born in Amuda, a town in northeastern Syria that sits near the border of Turkey.

He had polio when he was 18 months old and says that it didn’t change the way people treated him. Throughout his life, people were friendly and helpful.

He said that with the passage of time, it became customary to treat those with a disability in a specific way, like offering someone transportation from place to place.

“People who are even a little bit committed to the religious teachings will treat people with disabilities in a very kind way because these are the teachings of the religion,” he said.

He felt the same respect from Muslims and Christians alike—voluntary acts of kindness he described as beautiful.
But although people were more than willing to accommodate, the government was not.

Abraham was around 27 when he saw accessible bathrooms for the first time at an opera house in the city.

“I was shocked…we usually don’t have that,” he said. “It was something very new to me.”

Lack of accommodation was just a part of life. When he was in college majoring in English, Abraham was late to an exam that took place beyond a huge set of stairs. Usually, he asked passerby for help, but the morning was empty.

He waited. No one came.

After half an hour, he realized that he had already missed the exam and took a taxi home.

“I just couldn’t,” he said. “It is not easy to be a disabled person in Syria.”

While the US is much more accommodating, he emphasizes that if not for the war, he wouldn’t have left his beloved Syria, infrastructural imperfections and all. He never believed in perfection anyways.

“Before the war, I would never make a decision like this. Never.”

“I just packed my bags and said goodbye.”

He was released from the military checkpoint and was free to go wherever he wanted. Back and forth he traveled from his sister’s place in Izmir to Istanbul, a swollen New York-esque metropolis, and made money through freelancing.

One day, news spread that refugee applications were open.

Abraham applied on a whim.

“It was half a joke,” he said. “They told me they were applying in the UN. ‘Why don’t you apply your name as a refugee here?’ I mean, I am a refugee, so putting my name on a list wouldn’t change anything. I applied. Months later, they called me and told me there is an opening opportunity to go to the US. I told them, ‘Yeah why not?’”

It took more than two years of interviews and bureaucratic lethargy. He tried to keep his hopes down in case he became jaded and gave up.

Then he got an email. 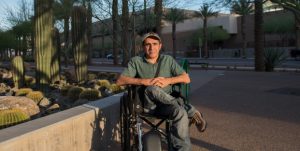 “I realized I was coming to the US five days before I arrived,” he said. “It was a very short time. I just packed my bags and said goodbye to my sister and I didn’t have the chance to say goodbye to many friends in Turkey.”

Sparks
He’s not a fan of the heat, which makes him as much a native as any other Phoenician, but other than that the move wasn’t strange.

Today, he uses his translating skills to help Syrians wire money or fill out prescriptions—daily tasks that would have been impossible to accomplish without his assistance. In the evenings, he teaches English to other refugees in central Phoenix. Their families, like his own, were scattered like sand during the war. Because they live in the same complex, they became a community stitched together by circumstance.

Tim Hedger, an American who volunteered with Catholic Charities Refugee Resettlement since 2000, also became a part of this community. Although he and Abraham met recently, one would assume they had known each other since childhood. It is truly a sophisticated bromance—the two share the same love for classical music and sprinkle interjections and smirks during each other’s interviews. He teaches Abraham the nuances of culture and the two find and nurture the sparks they see in students, allowing them to cultivate their own interests.

“Part of the challenge is to help people and give them the opportunity to see that their story is important,” Hedger said.

A week after our interview, I tried to reach them for a followup. Hedger answered the phone. Why wasn’t Abraham picking up?

“Noah’s in the hospital,” Hedger said. A machine beeped softly in the background.

Abraham had undergone surgery and was in a lot of pain. Hedger was by his side. So were the students, who watched over Abraham in shifts. These were Syrians who were previously strangers to each other coming together to show their support.

That is the magic of Noah Abraham. 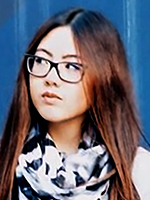