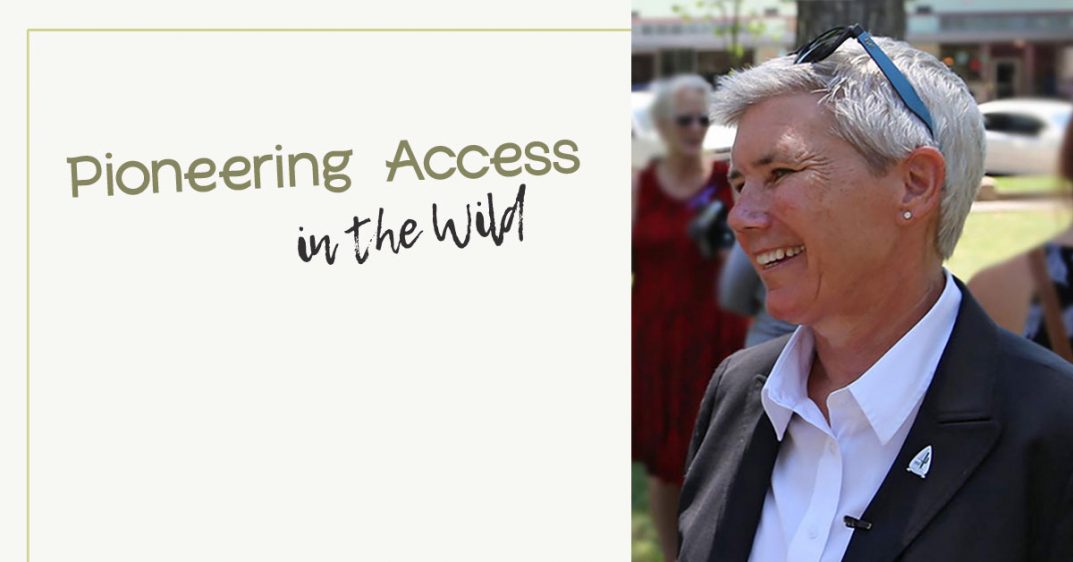 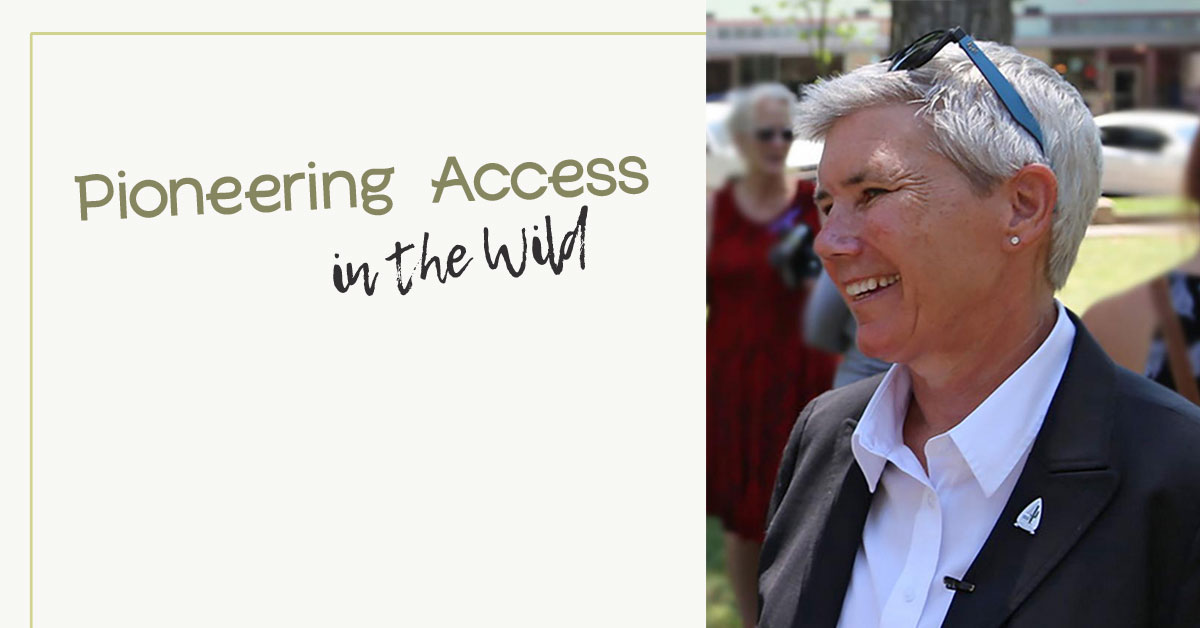 While visiting Boyce Thompson Arboretum, we spoke with Sue Black, Executive Director for Arizona State Parks and Trails for a wide-ranging, 30-minute interview on her unprecedented commitment to collaborate with the disability community to improve accessibility in the AzSPT system. Black was warm, engaging and clearly very knowledgeable. She has an impressive resume that covers more than 30 years of parks management in Wisconsin and Arizona. Some of Black’s initiatives include hiring an ADA Coordinator (see Sean Hammond’s story in our last issue), mapping all of the AzSPT trails for grade and slope, and a commitment to design all 100 of the new cabins being added to the park system to be wheelchair friendly. Following are excerpts from our conversation.

Black was selected as one of 2017’s Outstanding Women by Phoenix Business Journal. When we offered congratulations, she demurred saying she prefers team awards.

“It takes the gang to do it. I share that with the team and with the governor’s office and frankly the Arizona business community. They’re so supportive, and again, building those partnerships and collaborations, they’re very much part of it. So is everybody at the Business Journal. It’s a new relationship too for state parks to really be working with corporate Arizona. They have just as much at stake.”

Wandering the trail with Black, her reverence for nature and sense of stewardship of the parks entrusted to her care is evident. She exudes an entrepreneurial outlook and freely shares credit with her team for improvements to parks and trails.

“We don’t get any general fund money… We really are an enterprise fund. We live and die by those revenues by the end user. I just want to be able to take those revenues and reinvest them in the park system.”

We talked about the strides being made to improve accessibility. The AzSPT is making changes to their website and has an ongoing project to map each of their trails for grade and slope.

Black’s commitment to accessibility extends to AzSPT’s website, making it accessible to everyone and adding vital information so that visitors can make informed choices ahead of their visit.

“It’s really up to us to be the communicators on our side, and then let the end user decide because I think what people don’t want to have is that they get to a property and then they’re surprised. ‘Well, why didn’t they just tell us there wasn’t x, y, or z? Why didn’t they tell me, I could’ve brought my …’ I think that’s why if we communicate on the front end, it’s better for the end experience.”

Our conversation turned to on-site accommodations. AzSPT issued an RFP (Request for Proposal) to increase the number of cabins available in the parks. Black explained her plan to add 100 more cabins to the existing 30.

“Yeah, we only have less than 30 cabins in that park system. To have such a diverse state and the beauty, I just thought we have to have more cabins… We put an RFP out on the street to see if a company would want to partner with us. It took, I don’t know, maybe a year-and-a-half, two years, but through all of the process we partnered with Cavco, which is an Arizona-based company. They are actually putting up the first capital to put in 100 new cabins, and then we will do a revenue share with them from people using the cabins. We will pay them back, basically on a loan.

“It’s leveraging their ability to finance it, but it’s also Arizona jobs. It’s keeping those people employed. It’s good for the business. At the end, here we’ve got 100 new cabins that are going to be around the state… Doing these 100 cabins, now we have to pick out what do they look like, what are the models that we’re going to put in. We’ve decided to go with dry cabins, which means that we’re not going to put any plumbing.

“With the cabins then, we’re working with them to look at everything from hooks to door widths to how high are the switches, just everything, every little detail. I’m excited to work with Ability360 to help us in the design of those.”

Clearly not one to rest on her laurels, Black plans to continue to improve the parks system for all users and accessibility is part of her ongoing plan.

“I think as far as the nuts and bolts of what we’re trying to do and what we’re trying to accomplish, like I tell everybody, These aren’t my state parks. They’re ours. Everybody owns those properties, and it’s everybody’s responsibility to care for them in one way or the other…They’re yours. Maybe we’re not there, but we definitely want to…take these new development dollars and to put them into the right places so these parks are accessible, like I said, for everybody.”