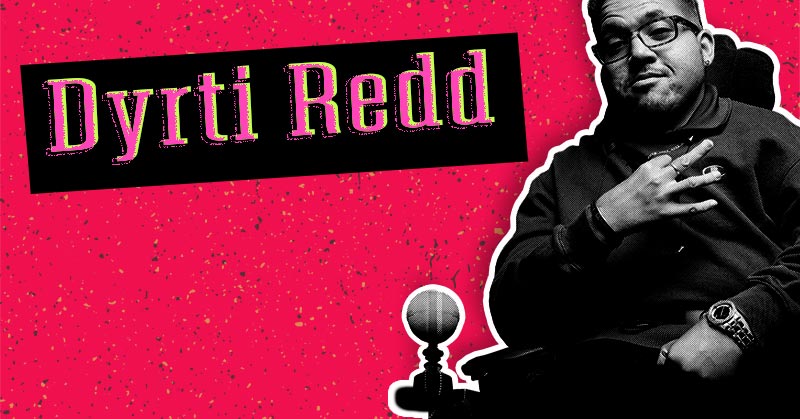 Calvin Cook isn’t trying to become the next big name in Christian rap, but he does want his music to spread some hope to listeners. And, perhaps, bring in a little extra income.

“I have a knack with words,” Cook said. “They just come to me and I start piecing them together.”

Cook has been rapping since he was 16. When he was 18, he joined the rap group the Flamin’ Bird Souljhaz that made videos and performed together for five years. His faith is very important to him and Cook admits the group was “far from Christian.” When the group disbanded, he took a two-year break to find his own message.

“I believe my lyrics are God-gifted and meant to be helpful to others,” Cook said.

Under the alias Cal M. D. aka Dyrti Redd, Cook recently released his first five-song gospel hip-hop mixtape project with the help of his friend and producer Gabriel Rico, aka “Tha Chemist.” You can listen to the mixtape on ReverbNation, SoundCloud and YouTube.

Like Cook, his producer Rico is a self-taught and recorded the mixtape himself by bringing his laptop, microphone and studio monitors to Cook’s home. The budding hip hop artist is working on obtaining his own recording equipment.

Although Cook sustained a spinal cord and traumatic brain injury at age 6, he feels his disability only affects his music physically. He uses a power wheelchair for all of his mobility.

“Sometimes I get discouraged because I can’t setup the microphone on my own and I can only record little sections at a time then stop due to my low breath support,” he admits. “But at the same time, my disability gives me motivation because I feel like it’s meant to be so I can inspire other people with and without disabilities to use their talents.”

With that purpose in mind, Calvin intends to release another mixtape project within the next few months to promote more “positive vibes” in society. However, the one drawback from putting out his first mixtapes is no profit can be made because the instrumentals are “borrowed” from other artists. He is working towards completing a seven-song original project with beats produced by Rico in 2018 for submittal on iTunes and Spotify.

The pair already has one original track finished entitled, “Murder and Me” and are currently developing its video scheme.

In the meantime, Calvin is also pursuing a degree in Social Work at Arizona State University and serves as president of the Youth Action Council of Arizona, a self-advocacy group for young adults both with and without disabilities. No matter where he rolls, those around him can’t help but catch his rhythm. 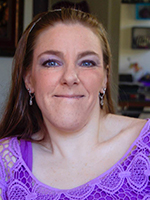