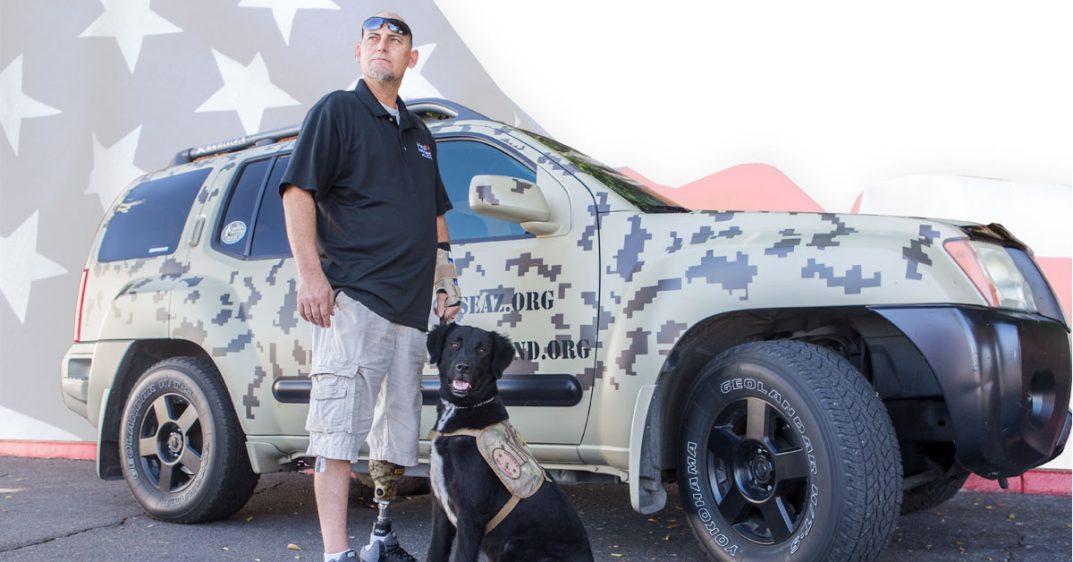 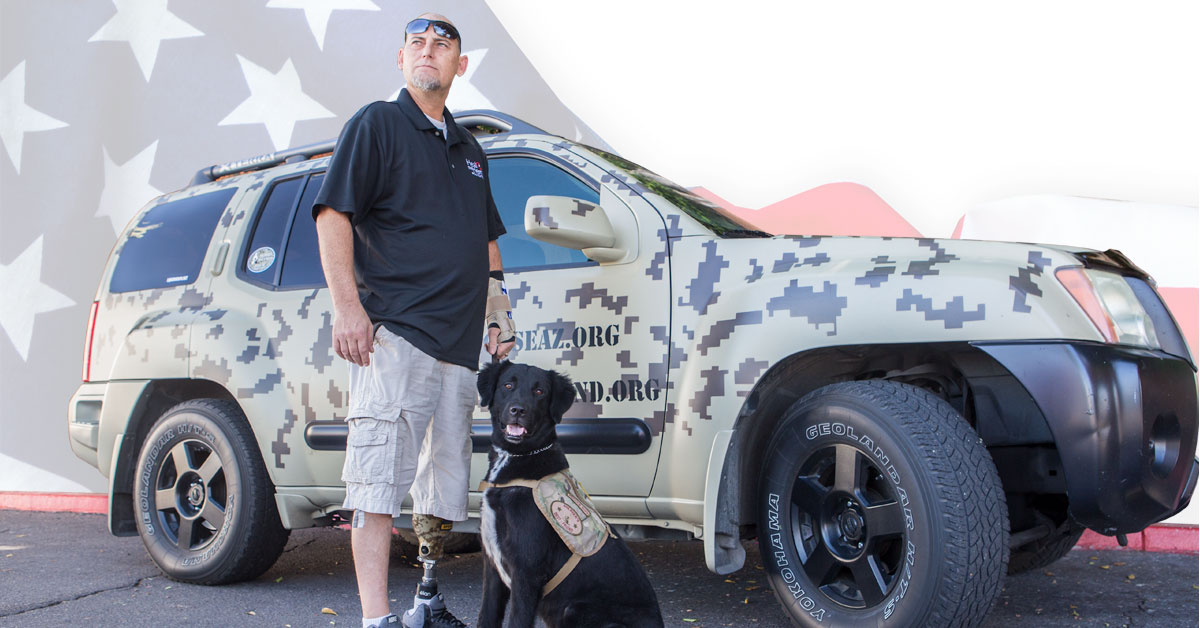 There’s a special bond between a dog and military service member. It’s hard to describe unless you’ve left everything you are familiar with behind and traveled to a foreign land. I still recall the litter of puppies – little black balls of fur I found one October day in 2003 in Diwaniya, Iraq. Or the Afghan shepherd named Frida my squad nursed backed to health. We made her a permanent resident in our area. A feeling of calm and comfort comes over you when you are petting a dog. “Man’s best friend” brings spiritual and mental health as well.

It’s hard to describe the sheer terror, horror and boredom of war to someone that has never experienced it. Your brain produces chemicals to keep your body and mind at a high state of vigilance in the presence of danger and death. My brain spent an entire year re-wiring itself to cope with life-threatening situations while serving in combat and unfortunately, there is no off switch. It is no small wonder that veterans return with Post Traumatic Stress Disorder.

I first met members of Soldier’s Best Friend in May of 2011 while hosting a remote radio program at a Cinco de Mayo festival. In the six years since, this fledgling organization dedicated to helping a few veterans living with PTSD and TBI in Arizona has grown to helping hundreds of affected veterans. Their mission, leadership and the people who work at SBF day-in and day-out help make a difference for veterans in need of assistance.

What makes SBF different from other non-profits that serve the veteran community? That’s simple: teamwork. SBF provides homeless dogs needing love, nurturing and shelter to veterans in distress. In return the dogs give unconditional loyalty, love, protection and companionship. The veteran/dog teams navigate the stresses and daily triggers of life and rely on each other to be an emotional rock during rough periods.

I spent a day with two SBF graduates: Gulf War veteran David Campbell and Caleb. They are inseparable. Caleb’s eyes are fixed on David’s every move or voice commands. Where David moves, Caleb follows.

David said that he and Caleb have a daily routine and he feels whole again. David never thought he would have seen heavy combat at 19 years old in Desert Storm or been exposed to chemicals that would leave him unable to have children. David chuckled, “I don’t mind not having kids because I have Caleb, and I don’t have to pay for college!”

David told me about how his life has transformed after adopting Caleb and their training with Soldier’s Best Friend. He currently volunteers at two homeless shelters focused on helping veterans and troubled youth. He also spends his time volunteering at the East Valley Vet Center. David said, “I want to do as much as I personally can to give back because so much was given back to me.”

You can see in David’s eyes that he is proud of his service and the difference he makes in the community since connecting with Soldier’s Best Friend. After you see the program in action, you know that veterans living with the physical and emotional wounds of war will succeed. The program costs the veterans nothing except time, teamwork and the willingness to rejoin society. For more information about volunteering or donating to SBF, please visit soldiersbestfriend.org.

A Soldier and His Best Friend

Learn Why David and Caleb Count on Each Other

David Campbell served in the U.S. Army in the Gulf War. Now he continues to serve, but in a new way. Campbell has devoted his life to helping returning veterans lead a meaningful life. Upon returning home from the Gulf War, Campbell battled PTSD, which created a life of isolation. After nearly ending his life in a violent car accident and losing his leg after multiple surgeries, Campbell said he felt even more inhibited. “My life had to get better. I had to get better or I wasn’t going to make it.” A year and a half ago Campbell was paired with his service dog Caleb, a pound rescue. “I didn’t trust anyone, and I didn’t let anyone in until him. He softened me.” Campbell said he has found new freedom since getting Caleb opening many doors of healing. He uses that new-found freedom to help other veterans. “I’m on a mission from God to help save suffering veterans,” Campbell said.

Campbell serves at a variety of vet-focused organizations. He also mentors vets looking for personal support and healing. Campbell encourages vets who have come home to seek help and refrain from negatively judging themselves. “When you come back affected from the things you’ve seen and done, it’s good. It means you’re human.” Campbell also explained that healing is not just about the vet. He participates in a program where vets can bring their spouses and families to be a part of the healing process together.

“We got to do it for the vets who didn’t make it back- to live a full and happy life. We owe it to them, we owe it to ourselves and to our families.” To learn more about available resources, contact David Campbell at ArmyVetDC1@gmail.com.

Johanna Huckeba is a journalism major at Arizona State University focusing on photography and documentary studies. She lives off of iced coffee, enjoys looking at notebooks at Barnes & Noble that she can’t afford, and spending time outside in places where it doesn’t feel like you’re on the surface of the sun. When she’s not at work taking photos, she’s probably out taking photos.