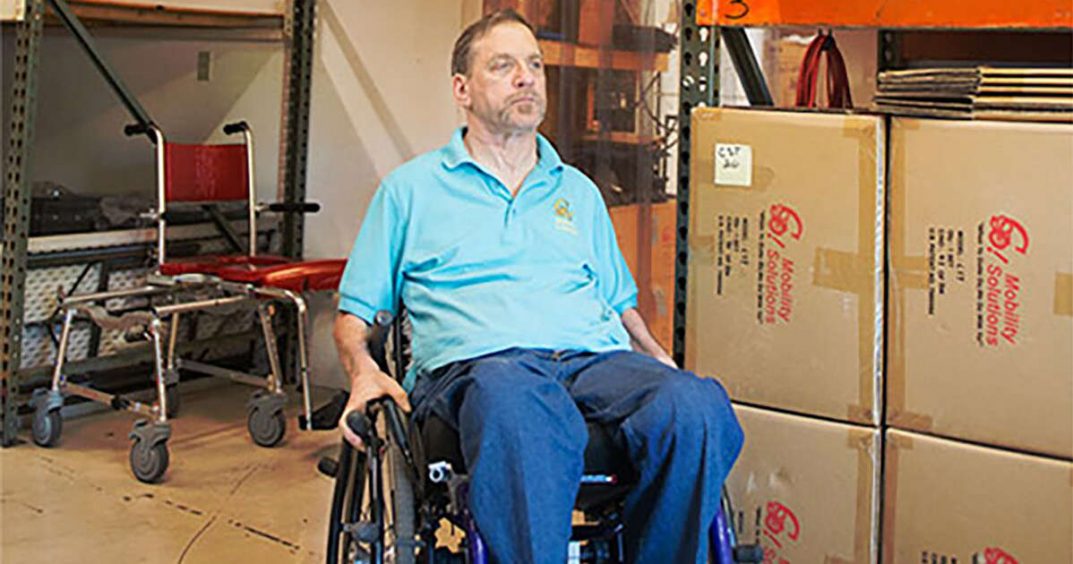 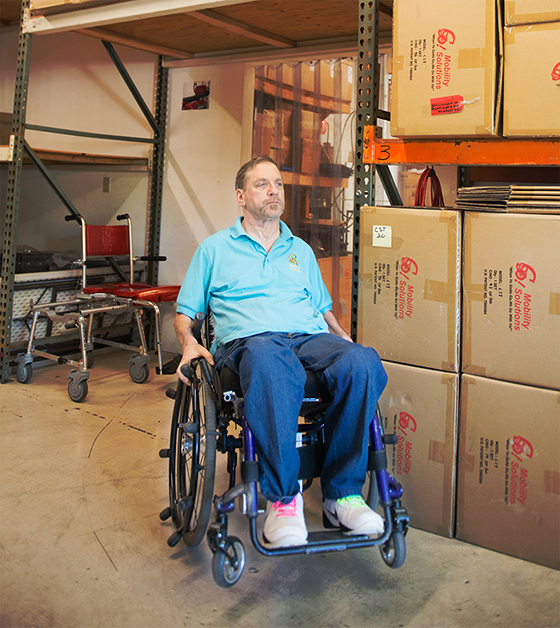 A few beers on a beach in Mexico, and the subsequent need to use the restroom, drew Rick Goldstein out of his second retirement and into a global venture.

In 2001 Rick Goldstein was living in San Carlos, Mexico, where he divided his time between lounging on the beach and traveling. As a man living with a C5-C6 spinal cord injury, Goldstein hated dragging his shower chair through hotel lobbies, lugging it on planes, or finding that it didn’t work in bathrooms around the world because of curbs or step down showers.

Goldstein began to design the new shower chair while sitting on that Sonoran beach. He designed a chair that was light, durable and required little fuss to pack or set it up. It is the GO-Anywhere Commode, Shower ‘n Tub Chair, a portable shower chair that assembles without tools and fits into a compact, discreet suitcase.

Before the GO-Anywhere Commode, Shower ‘n Tub Chair, Goldstein struggled with the annoyances his chair caused. “I spent years driving everywhere I could so I could haul my shower chair in my van,” Goldstein said. “I bought a portable shower chair from a guy in Brooklyn I found on the internet. It fell apart in Puerto Vallarta and the maintenance guys had to lift me. It dripped rust all the time because it was made from tubular steel. It was dangerous and uncomfortable. When I got home, I tried to fix it up but it was still heavy and leaked rust.”

“I built the GO-Anywhere Commode for me, but others saw it and wanted one like it. No one was making chairs like these, so I found myself in the manufacturing business,” Goldstein explained.

But he didn’t just wander into business. Goldstein studied Industrial and Labor Relations and economics at Cornell University prior to his injury in 1978. He worked as contractor and developer for more than 20 years before his first retirement. He still holds 7 contractor’s licenses.

Never one to sit idle for long, Goldstein soon came out of his first retirement, took up day trading and earned his General Securities license. After a few years of trading, he retired again, this time to that Sonoran beach in Mexico.

Now, you can find him in his office in an industrial park in Tucson, surrounded by blueprints and plans for continued global expansion; a large map dotted with color-coded pushpins fills one wall. He employs a full-time staff of four. He freely talks about the problems and concerns of entrepreneurship from cash flow in the early days to the ins and outs of currency exchange, dealing with manufacturers abroad, importing his parts so the chairs can be finished and inspected at his Tucson location and exporting his completed chairs around the globe. “It’s a different set of problems that keep you awake at night,” Goldstein wryly observes about his maturing business.

Goldstein set eight criteria to measure the success of his design: safety, portability, ease of use, versatility, comfort, durability, affordability and aesthetics.

He continues to refine his design to reduce both the weight and cost. “We have a standard design that is highly customizable. But, we continue to refine the design in response to customer feedback. We’ve eliminated hinges and hardware and added side cutouts. We also added adjustable cross-braces and camber for stability.” Goldstein has shaved about 4 pounds off of the original design and now offers several designs from a unembellished sports model to an adjustable, reclining chair and the tub slider that Goldstein calls an “insurance policy in case the hotel gives away your roll-in shower and you get a room with a tub.” More details on the shower chairs can be found on his website: goesanywhere.com.

Goldstein thrives on the pace and problem solving of business but still yearns for carefree beach time. He talks longingly of Mexico and that beach. Then Goldstein starts sketching plans for the next problem he wants to solve, making it clear that he’ll stay very busy for the foreseeable future.