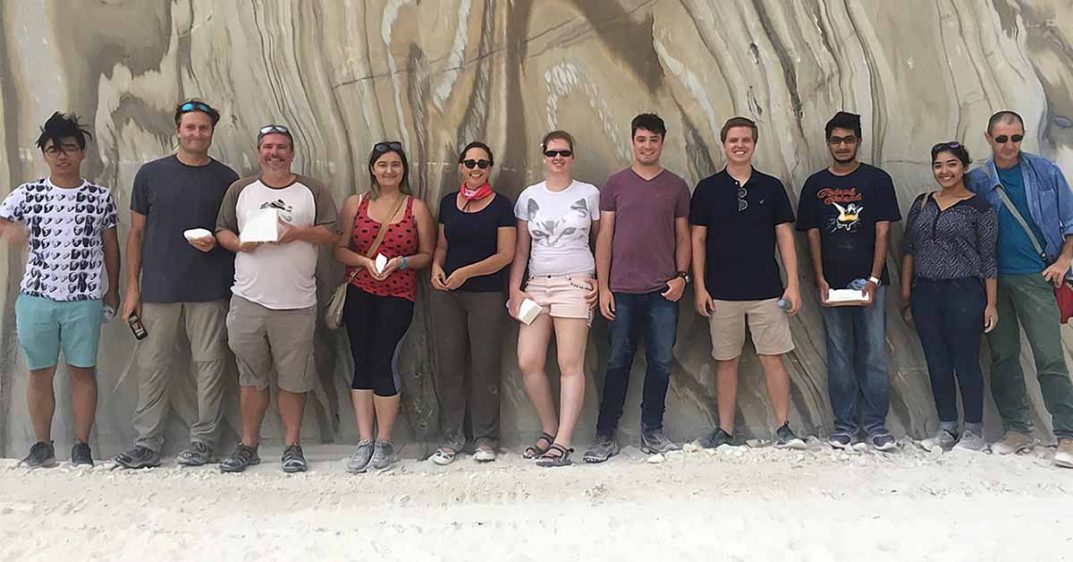 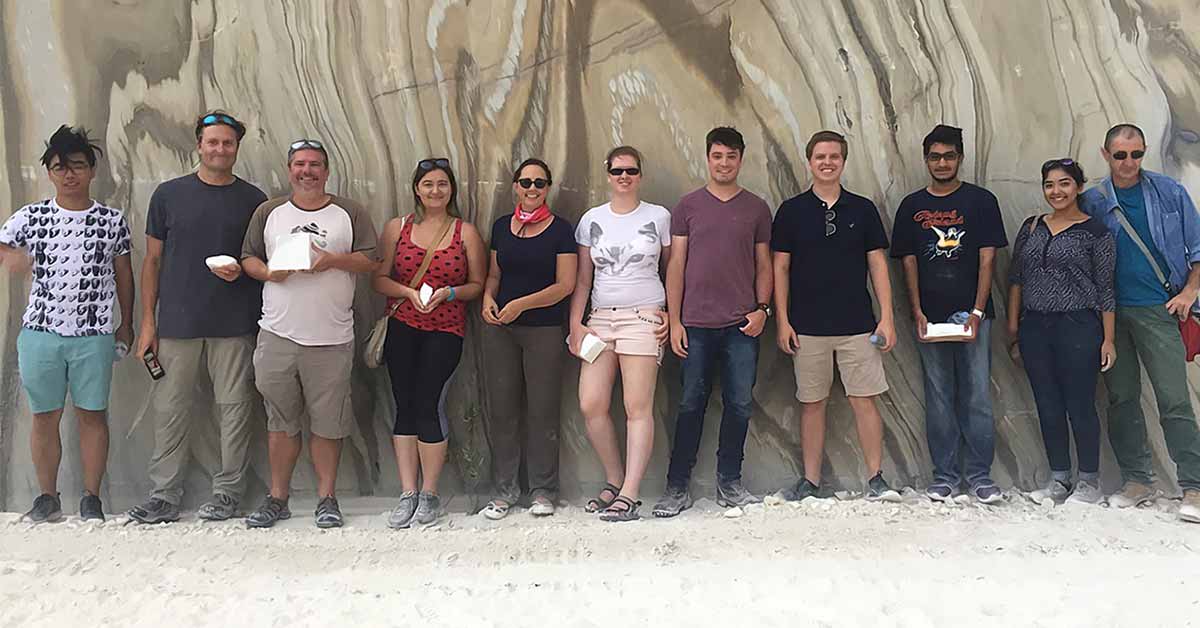 The University of Arizona has created the first accessible geoscience study abroad program. Accessible Earth offers students the opportunity to gain the skills and knowledge necessary to be successful in the geoscience field, all while living in Orvieto, Italy.

The two-year-old UA course is designed to fulfill a capstone requirement for geoscience for geoscience programs, traditionally known as field camp. The camps are about six-weeks long and usually involve strenuous activity, such as hiking and camping for weeks on end.

“The title Accessible Earth has a duel meaning,” said Rick Bennett, UA professor of geosciences and lead instructor of the course. “We are allowing students to access and synthesize data from anywhere on Earth, while providing a course option that is more accessible than a traditional geology field camp.”

A total of eight students participated in the program, two of whom were injured previously while participating in a field camp.

“Last year I attempted the well-known high-class UA Geology Field camp, but unfortunately developed a back injury and had to go home half way through the program. It was hard dealing with that, despite the fact that I did nothing wrong, and I was terrified that I would have to do it all over again, already in pain,” said Nina Kolodji, UA geology and planetary science major.

Options were limited to students who could not participate in field camp before Accessible Earth was created. At the UA, the Disability Resource Center would work with disabled students to find a professor who had a research opportunity for the student to participate in.

“The DRC was not satisfied with those outcomes for students because they weren’t similar experiences other students would have at field camp,” said Diedre Lamb, assistant director at UA DRC.

The program was a collaboration between the UA geoscience department, DRC and the Study Abroad program in the hopes of broadening participation in geoscience across all demographics.

“There is a little bit of research to suggest that different demographics avoid geoscience because of the perception that it’s only for people who enjoy climbing rocks and being outdoors,” Bennett said.

“One student described field camp as hazing. I never thought of it that way, but in some sense field camp is sort of described as a rite of passage.”

Among the sciences, geoscience has the least diverse student and faculty population. The culture is mostly white male, but participation of females has increased to about 40 percent in recent years. However, other facets of diversity are not represented, Bennett said.

Though the design of Accessible Earth varies from field camp, the curriculum students are presented with is not easy.

“Students synthesize their knowledge and gain familiarity with data analysis tools that they might not have seen in field camp. Traditional geoscience curriculum focuses a little bit more on field observations and this course focuses on remote sensing or gathering information from satellites or ground based networks of instruments for which the data are downloaded and archived in national archives,” Bennett said.

Students utilize data from NASA, the European Space Agency and the National Science Foundation to create their final projects for the course. There is a lot of computer programming involved. Most field camps are based on solely mapping data, which doesn’t allow students to explore other areas of geology.

“Going into Accessible Earth, not doing any mapping was kind of nice because that’s not something I want to do in the future,” said Lizbeth Murillo, a UA geology graduate.

“I think I got a step ahead in the sense that I got to see that there’s more to geology than mapping. There’s all these cool things you can do, especially now with technology advancing.”

From Monday through Thursday, students attend morning classes and have discussions in the afternoon. Most of the hands-on work is done outside of the classroom. Students are given the opportunity to travel on their own. There is also a five-day field trip across northern Italy.

“We’re all in a bus and we stay in different hotels. There are a lot of sites along the way and some are actual destinations,” Lamb said. “We took them through the Alps where we saw a glacier melting and to the marble quarries of northern Italy.”

The deadline to apply is February 25 and the program takes place from late June through the beginning of August. The early deadline allows coordinators of the program to make sure all aspects are accessible and inclusive for everyone.

Photo courtesy of University of Arizona