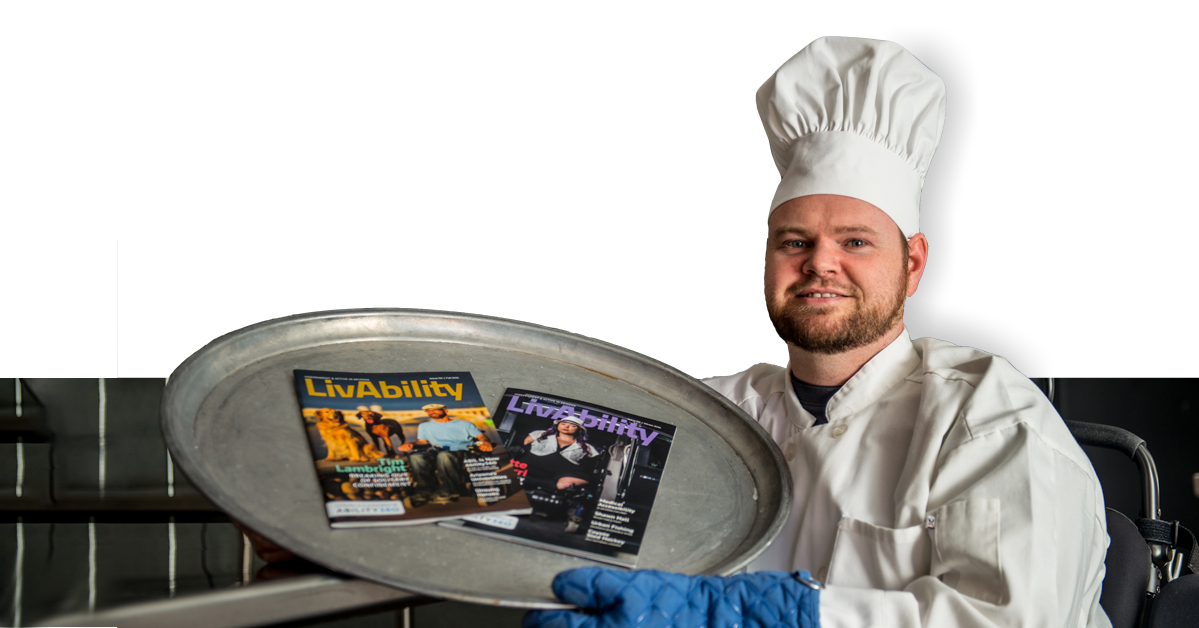 When you read this magazine, follow Ability360 on social media, or see posters around the 360 Center, you know John Beaubien’s work.

Beaubien is Ability360’s Graphic Design & Marketing Specialist, and an integral member of the growing PR/Marketing Team. His job is to make everything published look appealing and consistent with the 360 brand. On any given day, there is a long line of people asking John to spice up something they want the world to see.

“John creates art. He has the unique ability to turn the mundane into something visually compelling. He is also extremely technically savvy and many people come to him for coaching and suggestions,” says Loren Worthington, Communications & Marketing Manager.

At 19 years old, Beaubien took the Army entrance exam, receiving high scores. However, he was deemed medically ineligible during his physical exam. Additional testing revealed he had a rare form of muscular dystrophy (MD), Miyoshi myopathy. His limb muscles would grow progressively weaker over time.

Beaubien didn’t start as a graphic designer. He came to 360 as a consumer. As Beaubien learned about services that could benefit him, he seized those opportunities. Through Vocational Rehabilitation and Ticket to Work, Beaubien obtained full-time employment in 2008 as the Advocacy Program Aide.

His ambitious attitude led him to attend the Art Institute of Phoenix while working full time, and in 2014, he earned a bachelor’s degree in Graphic and Web design. He also worked his way into the marketing department.

“Ability360 has changed me.” Beaubien describes himself as typical, not too different from his peers. “I see now that anyone can reach their goals with or without disabilities,” John says.

“Put most of your focus on one goal, don’t give up when roadblocks present themselves and seek help when needed.”John Beaubien

He and his wife Kelly own a home and have two sons. His passion for healthy cooking is legendary on the Ability360 campus.