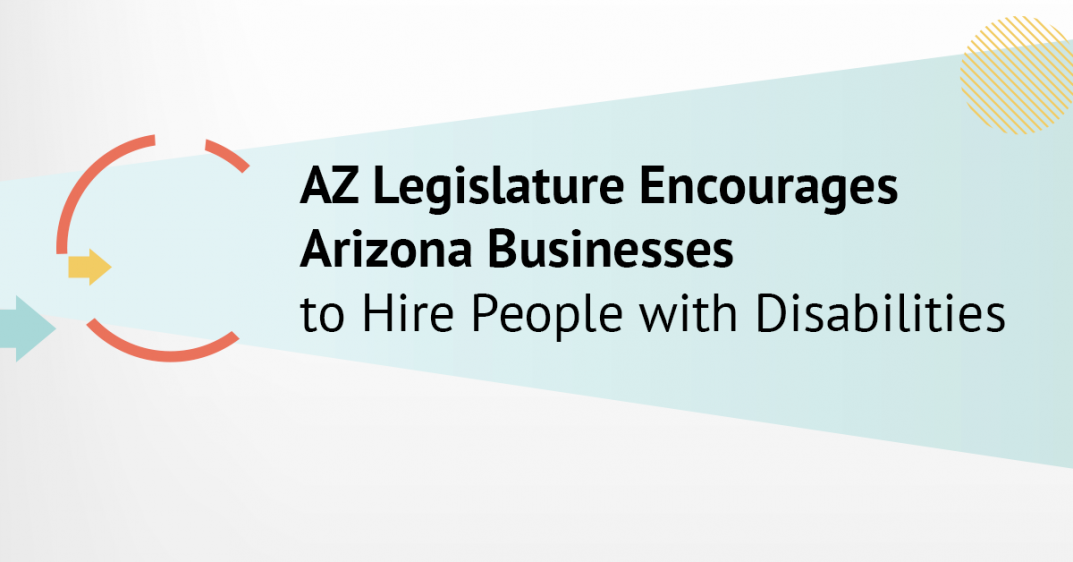 During the 2015 Arizona Legislative session, House Concurrent Resolution (H.C.R) 2029 passed the Legislature and was forwarded to the Arizona Secretary of State.

The purpose of the resolution is to express the Legislature’s support for the employment of persons with disabilities by Arizona businesses. H.C.R 2029 was sponsored by House Representative Jay Lawrence, Republican representative for legislative District 23. There was no funding impact to this simple bill; it was just a statement of intent that was music to my ears:

“The Americans with Disabilities Act (ADA) was passed by the United States Congress in 1990 and updated in 2008 in order to prohibit discrimination and ensure equal opportunity for persons with disabilities regarding employment, government services, public accommodations, commercial facilities and transportation services. The ADA defines a disability as a recorded, regarded physical or mental impairment that substantially limits one or more major life activities. The ADA requires employers with 15 or more employees to provide accommodations for applicants and employees with disabilities and prohibits employment discrimination on the basis of a disability.”

I interviewed Lawrence, curious to find out what moved him to sponsor the bill. He responded that once he became a Legislator, he had the opportunity to actually do something more about a belief he had expressed many times before during his career as a radio host. He wants employers to keep in mind,


“It is an individual’s ability that matters,” and he stressed that abilities should be the focus, not assumptions.

“I don’t really like the term disability and never use the term handicapped,” he remarked. Lawrence noted employers don’t need to hire “just to be kind” because they get a capable worker. “Let the disabled person compete on an even playing field (with the non-disabled job candidates). Give individuals with disabilities a chance to compete.” A veteran himself, Lawrence strongly believes that it is an employer’s duty to hire veterans with disabilities over non-veterans when the two are equally capable candidates for a job.


The good news is now all those Legislators have gone on record encouraging employers to hire people with disabilities.

When asked if it was difficult to get so many “yes” votes for his bill, Lawrence replied that many legislators actually came to him once they heard about the bill. “Of course there was no funding involved with this bill,” he noted. Lawrence offered that he would be willing to sponsor and promote other bills, even if they do have funding requests involved, if he feels the bill would improve employment opportunities for Arizonans with disabilities.

Lawrence ended the interview by stating that being an Arizona legislator is the “best job I ever had… I made more money in my broadcast career, but this is the most rewarding. I love my job. Now I can actually have an effect. I work with people I criticized before. I didn’t know how smart they are. I have learned so many lessons about the legislators I work with.”

A Tip to Advocates:
Lawrence encourages citizens to contact their legislators with personal, individualized emails or letters about issues that matter to them rather than copying someone else’s words. He says if he gets 100 or 200 of the same copy-and-paste emails, he will read the first but not respond to the others, whereas if he gets a personal communication he will respond. He may not change his vote, but he appreciates hearing from constituents. If he isn’t able to respond, his legislative assistant helps him. 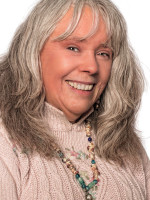