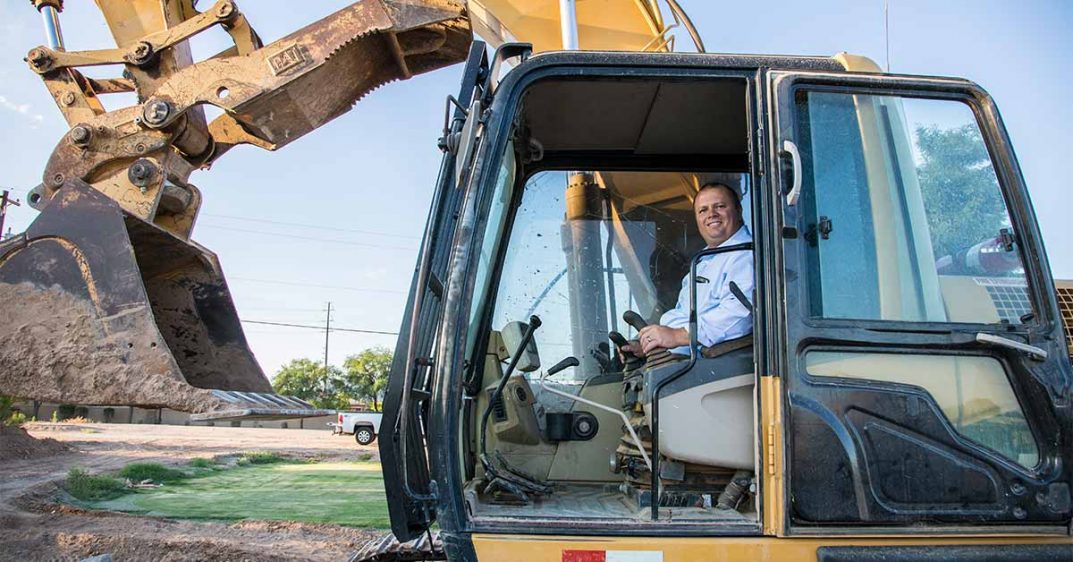 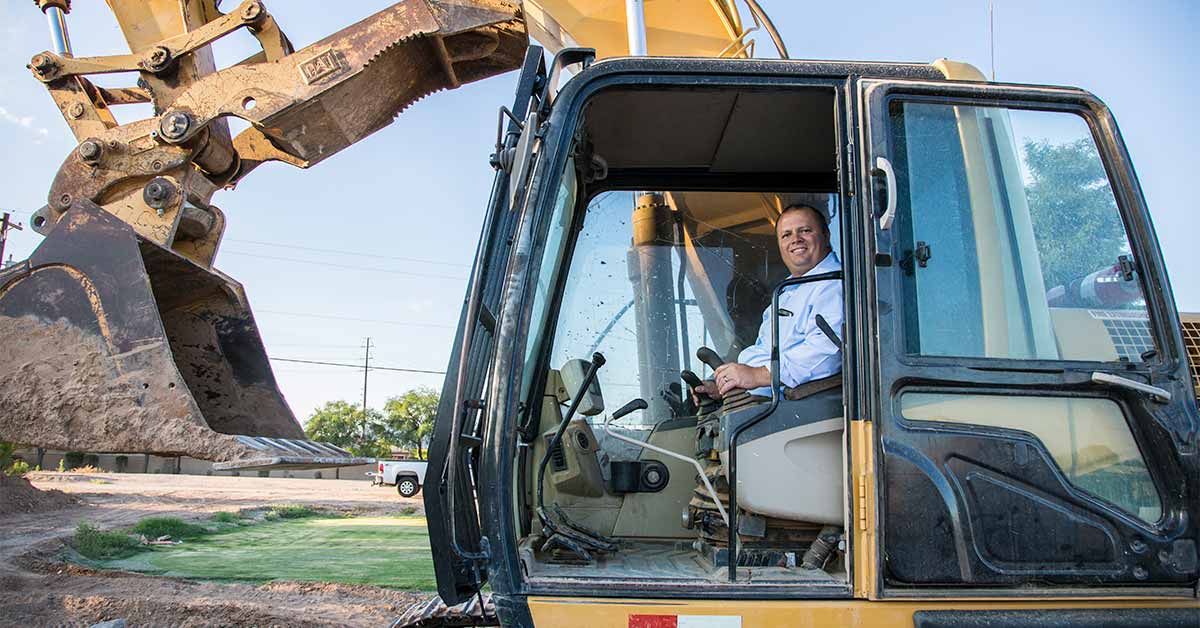 Business owner and inventor Casey Johansen has never applied for a job, though he’d been working since the age of 14.

“I was coming up on summertime out of school and [my dad] felt like I needed to get a few skills. And so he arranged for me to ride along with a truck driver.”

Johansen spent that summer at BCS Enterprises, a demolition company. He helped on the truck, swept up the shop and cleaned machinery. He did so well he was asked back during his holiday breaks and the next summer.

“It just felt like it was…like it was a place where I could work,” Johansen recalled. “I enjoyed it and it was hard work, but it was enjoyable and good people to work with. I never applied for a job in my life.”

“I had started some school courses right after high school but ended up getting into a night school program to where I could work full time and still get my degree at night.”

Johansen, 38, is now the co-owner of that same company where he once swept floors.

“They encouraged me to get the degree and get some business knowledge,” Johansen said. “…I started doing a little more estimating, a little more project management. They kind of groomed me along the way to take over.”

BCS has been a part of Arizona’s growth by tearing down old buildings to make way for new developments including Scottsdale Fashion Square, Chase Field and the Phoenix Convention Center.

It was there in 2006 a roof collapsed on Johansen during a construction teardown, leaving him trapped for seven and a half hours with 200 tons concrete spilled across his lap. All he hoped was that his dad, who had been working nearby, was safe.

“My legs were under a bunch of concrete…and then they started to go numb, which was actually a blessing…they were broken and having issues.”

Once Johansen determined he was the only person trapped, he began to direct his own extrication until emergency responders arrived.

“He just sits back and thinks his way through [obstacles],” said Clint Cole, BCS superintendent. “He just gets it done.”

Johansen had worked as a laborer for Cole when he was first hired at 14 years old. Cole described Johansen as an “amazing guy and good friend.”

For the next seven and half hours, Valley rescue crews from Mesa to Peoria worked with Phoenix Fire Department to free him from under 200 tons of concrete and twisted metal. His family gathered along with a chaplain and then-Mayor Phil Gordon to wait. A trauma team from Good Samaritan Hospital arrived on scene to control his pain and blood loss during the extrication. His father stayed at his side for the duration. Johansen was conscious the whole time.

“I didn’t understand the gravity of the situation. As the day went on I kind of felt like it was getting a little more serious. My arm was pretty badly injured. I lost a lot of the muscle in my arm.” Johansen said.

Johansen spent six weeks in the hospital. First, in an induced coma during which both his legs were amputated near the hip, then ICU for several weeks before three weeks of rehab. Johansen never doubted he’d be back at work.

“We always knew he was coming back.” Cole said.

Days are long and start early for Johansen, who gets up at 5 o’clock and often spends all day supervising crews until his day ends 12 hours later. Sometimes, he’ll get in the excavator himself and run it.

“He isn’t shy about working hard.” Cole said. “If we’re shorthanded, he’ll jump in the cab and run a machine. He’s a good operator.”

Johansen tried prosthetics, but the level of his amputation coupled with the bone and muscle damage rendered the devices unsuccessful.

“I just didn’t feel like it was gonna bring me enough mobility. I said, I gotta try something else. I need something else that’s gonna get me where I’m gonna go quicker than this.”

Johansen traded his hard hat for a thinking cap and modified a Segway to suit his needs around his home and on the job site.

“…Typically when you start hill climbing on your chair, you’re leaned back. This one stays upright, completely upright, no matter how steep the hill is. So I found I could climb like 30 percent grade with it, which is quite amazing.” 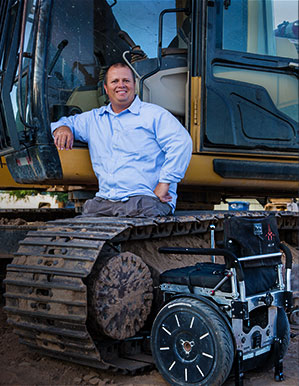 Johansen turned his creation into the Ally Chair, a Segway conversion kit that adds a steering device and a kickstand of sorts for when the user is at rest. He uses his Ally Chair when he visits other newly-injured people.

“Sometimes somebody that’s having a hard time can see that it’s okay. I mean is it was kinda early on and I was there [at the VA hospital] and there was a newly injured amputee, similar to me. He comes into the room and he’s pretty fresh and new at that, he’s in his regular chair and he sees me and I’m zipping around. He’s looking at me close and he goes, ‘I think it’s gonna be okay.’ That’s really what sparked my interest in working with the veterans at Segs for Vets.”

Segs4Vets now owns the rights to the chair and distributes them to veterans through their non-profit organization.

The Ally Chair is not Johansen’s only invention. He also built a crane to lift his Segway into his truck and modified a 45-foot RV, adding a swing arm lift. He builds tools and attachments for his company’s heavy equipment.  He explains “I enjoy just more tweaking and designing these little tools. Like for instance a big misting fan for an excavator to keep dust down.”

Cole too talks about the RainMaker that Johansen designed. “It frees up a laborer on site and it allows them to stay back further. We use a bunch of things that Casey’s dreamed up.”

Coles sums up. “This accident barely slowed him down. We can’t keep up with him.”

As to the advice he offers to those newly injured people he meets Johansen says, “I just would hope that they could see that it’s gonna be okay. There is life after an injury. There’s hope, there’s still a good quality of life available. Yeah, you gotta find a way. It’s not as easy. But I don’t know … I feel like the hard things in life make us stronger. Calm seas don’t make a good captain.”