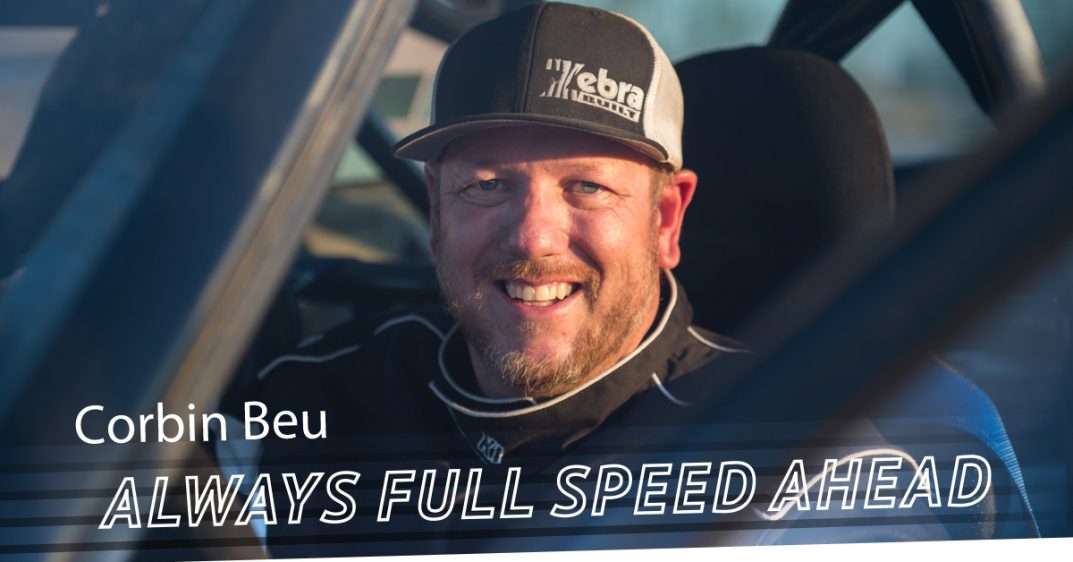 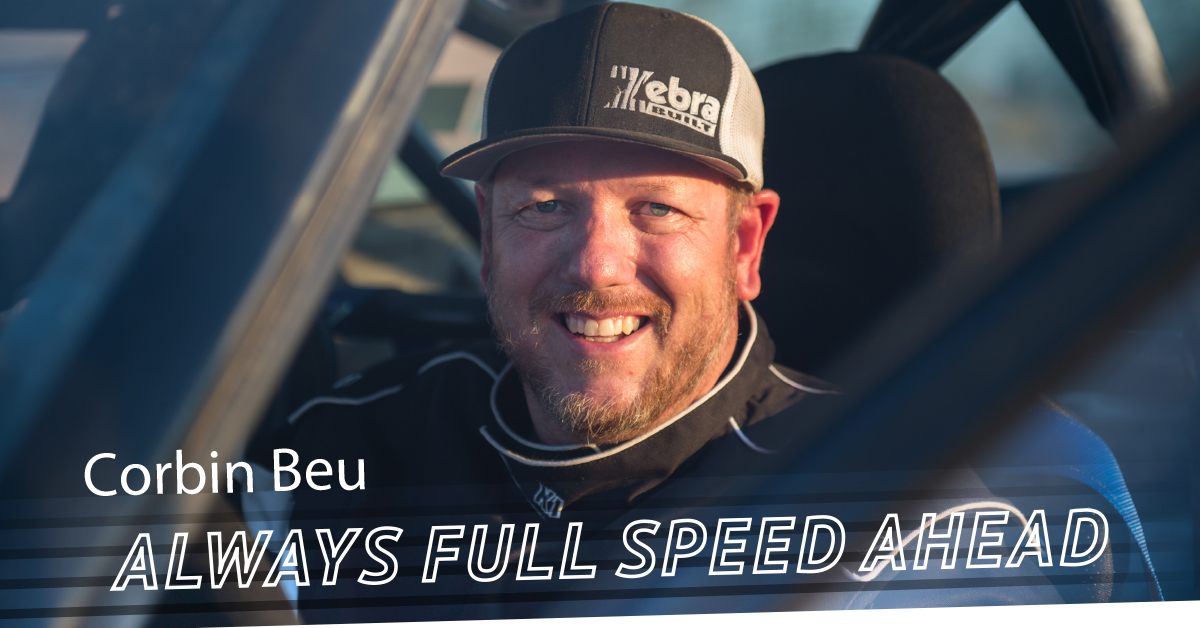 If it goes fast, Corbin Beu wants to make it go faster – whether that’s his own athletic performance, an athlete he’s coached or a machine he can modify.

“My dad always had foreign sports cars in the garage. We had Porsches, Triumphs, SAAB Sonnets, Fiats, a bunch of stuff like that. I’ve always been interested in cars,” Beu said. “Then, after my accident, I got into some athletics and made the US Sled Hockey Team and did that for a long time. Dabbled in auto racing. Now after 22 years of athletics, 25 years of athletics sports, in various sports, I’m getting back into auto racing.”

Beu was asleep when his injury happened in 1992. He had completed a triathlon earlier in the day and napped in the passenger seat of the van as his girlfriend drove home. She dozed off behind the wheel and lost control. Beu was thrown as the van rolled multiple times. He landed about 100 yards away and ruptured his T12 vertebrae. He’s used a wheelchair ever since. “My life didn’t change. Just the way I did things. But other than that, I’m that same guy. I’m just shorter.”

If you’ve spent much time in the disability community in Arizona, it’s hard to miss Beu’s reputation for building all his own equipment from wheelchairs to hockey sleds to stripping down and modifying racing wheelchairs – even modifying the vehicles he drives. He often helps others too; building equipment that doesn’t already exist or helping to fine-tune racing chairs for Paralympians. Beu is known for tearing things apart and putting them back together for better speed, endurance and performance. “I think this is the longest I’ve seen Corbin drive a nearly stock vehicle,” one friend recently teased in the Ability360 parking garage while checking out Beu’s new bright blue truck. 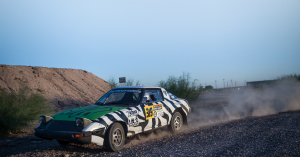 Beu’s current adventure is his rally race car, a 1982 Mazda RX7 that he built mostly solo. “Most of the car I’ve built hands on with little to no help from anyone.” Beu said as he ran his hand over the hood. “I’ve got a crack mechanic that helped get the car running. He’s been a huge help with getting the final touches going and buttoning up all the little details and everything like that. For the most part I built this car, it was me. My dad came out and helped as much as he could.”

The modifications to accommodate Beu’s disability are minimal. “The only thing that I’ve really done is I’m running an automatic transmission. We’ve done some tricks to the automatic transmission to make it act more like a stick shift car. I actually have to shift through the gears. Then I just installed regular hand controls.”

Rally race cars are operated by two people, Beu is the driver. His co-driver, Australian, Marie Boyd, is responsible for knowing what’s ahead on the track and advising him when to slide, accelerate and throttle back like an on-board computer. “My co-driver for the rally is an incredible woman. She’s a 68 year old grandmother of 8 and an ultra marathoner.” They raced together in Prescott Valley in 2016.

“Corbin is amazing,” Boyd said. “Although we had many setbacks for our first rally, his can-do attitude showed me that his disability will not interfere with his ability to have fun, be safe and do the job at hand.”

Beu has big plans for the next year. “The future of this car and rally racing for me is next season starting in April or May. I’m going to try to complete the entire California Rally Series which will be a race in Idaho, Oregon, up and down California, and the Prescott Arizona rally will be the last event.”

And with that, Beu, and his car, will have raced full circle.