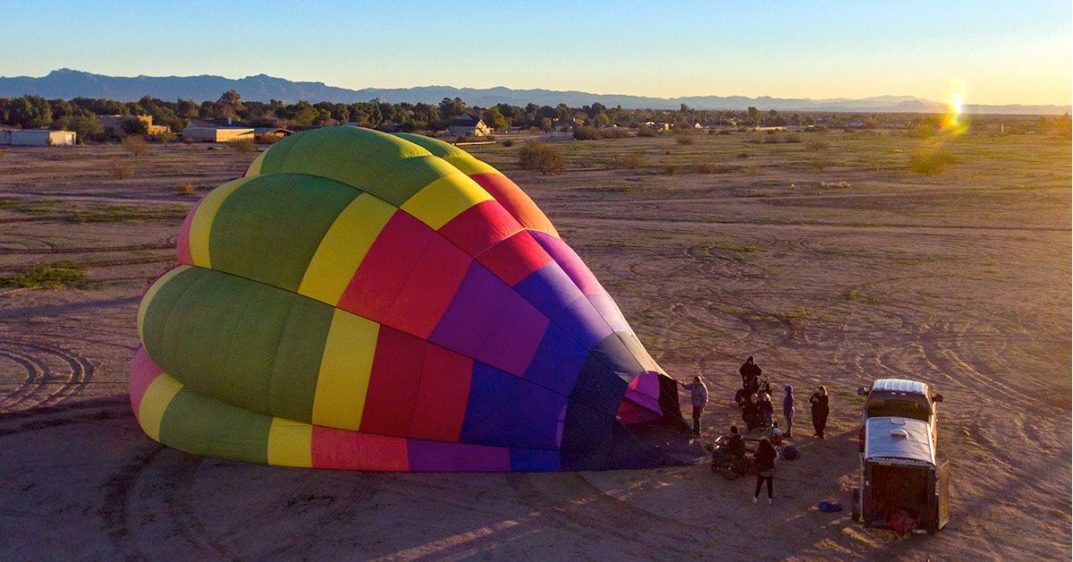 It was still dark when Michael Glen, 42, drove his red pickup truck and trailer onto a dirt lot in Queen Creek. Following closely behind was his crew and a packed van with an excited birthday boy who was ready to fly. Bryce Clayton was about to reach new heights for his tenth birthday.

“He loves hot air balloons. We sometimes see them from our house and he is fascinated by them,” Bryce’s mother, Tammy Clayton said. 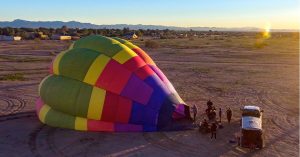 At 17-months old Bryce began to lose skills that he once had. Doctors were unable to identify the cause of the regressions that led to Bryce being a full-time wheelchair user. They said that he would not make it to his second birthday, but the Claytons were going sky high for his tenth. After careful research, they had chosen to fly with Michael Glen because he was the only balloonist in Arizona to offer accessible rides.

As the sun began to rise, Glen and his crew prepared for the morning adventure, moving with practiced precision.

They started with the balloon canopy, removing the rainbow colored envelope from the trailer and slowly rolling it out on the dirt.

Next came the basket. Glen’s basket is not the typical four high-wall enclosed basket. His is a simple aluminum frame about the size of a love seat that is open to the air. Glen, a wheelchair user, pilots the balloon, sitting down while he and his passenger’s feet hang in front. He uses a bungee cord to prevent his feet from dangling. This is the sole adaption Glen has for his balloon. The basket can hold one other person, and is accessible to passengers who have disabilities. Both Glen and his passenger are secured by a standard seat belt.

There were many intricate parts to the basket; pulleys and connections from the balloon to the aluminum frame. Glen personally rigged them all to ensure they were done right.

Glen inflated the balloon slightly to ensure there were no holes and rolled inside, inviting the Claytons into the envelope as well.

Up, up and away

After a test flight, it was time for the Claytons to soar.

The loud hisses and pops of propane filling the balloon startled Bryce, causing him to hesitate.

He balked the first time he was invited onto the gondola, shaking his head no—indicating he no longer wanted to go up in the balloon. Bryce was more relaxed and ready for his turn after watching his sister take her turn.

“As soon as he sat down on the seat to go up in the balloon, he had a big smile on his face,” Bryce’s mother, Tammy Clayton said.

While in the air, Bryce’s smile got bigger the higher they rose. His family likes to do fun and adventurous activities for his birthday.

“This is the most adventurous thing we have done,” Tammy chuckled. “I don’t know if we can top this.”

When he was two weeks old, Glen’s father, a pilot himself, took him for his first hot air balloon ride.

Glen put ballooning on hold to pursue other sports. It was after he was in a single car rollover in 1996 that he decided to get his pilot’s license.

“I wasn’t wearing a seatbelt and I was ejected from the car doing about 55 mph. I completely shattered T11 and T12, making me a complete paraplegic,” Glen said.
A year after his injury Glen applied for his pilot’s license. The Federal Aviation Administration (FAA) was skeptical of his ability because of his disability. But that did not stop Glen from following his father and getting his pilot’s license.

He began training in Tucson; putting in hours of book training and hands-on work under the close watch of his instructor. Glen developed safe and appropriate work-arounds to accommodate his disability. Ultimately, he proved to his instructors and FAA inspectors that he had the skills and abilities to earn his pilot’s license.

Like the FAA, many people wonder if Glen flies his balloon differently. The appealing aspect of flying a balloon is when all the balloons are in the sky, all the pilots are the same.

“Once we are up in sky air, we are all equal in the balloon,” Glen said. “There’s no other feeling like going and flying.”

Glen and his family named his basket “Elevation” because of “the idea of elevating out of my wheelchair.”

Glen has a personal goal of flying in all 50 states; he’s more than halfway there. However, he’s more interested in shifting the hot air ballooning market into becoming more accessible.

“They [the market] are starting to build baskets with doors and accessible features,” Glen said. “However, in Phoenix, unfortunately we don’t have one, this [his basket] is all they have accessibility wise.”

The closest places with these accessible baskets are Las Vegas, Napa and Temecula, California.

While there is no other feeling like flying for Glen, he enjoys the universal reaction people seem to have for ballooning.

“You go to a balloon festival like in Albuquerque and where there’s a million people around the balloon you see the joy on their faces,” Glen said. “I get more joy seeing everybody else’s experience, living my life through their feelings and looks on their faces.” 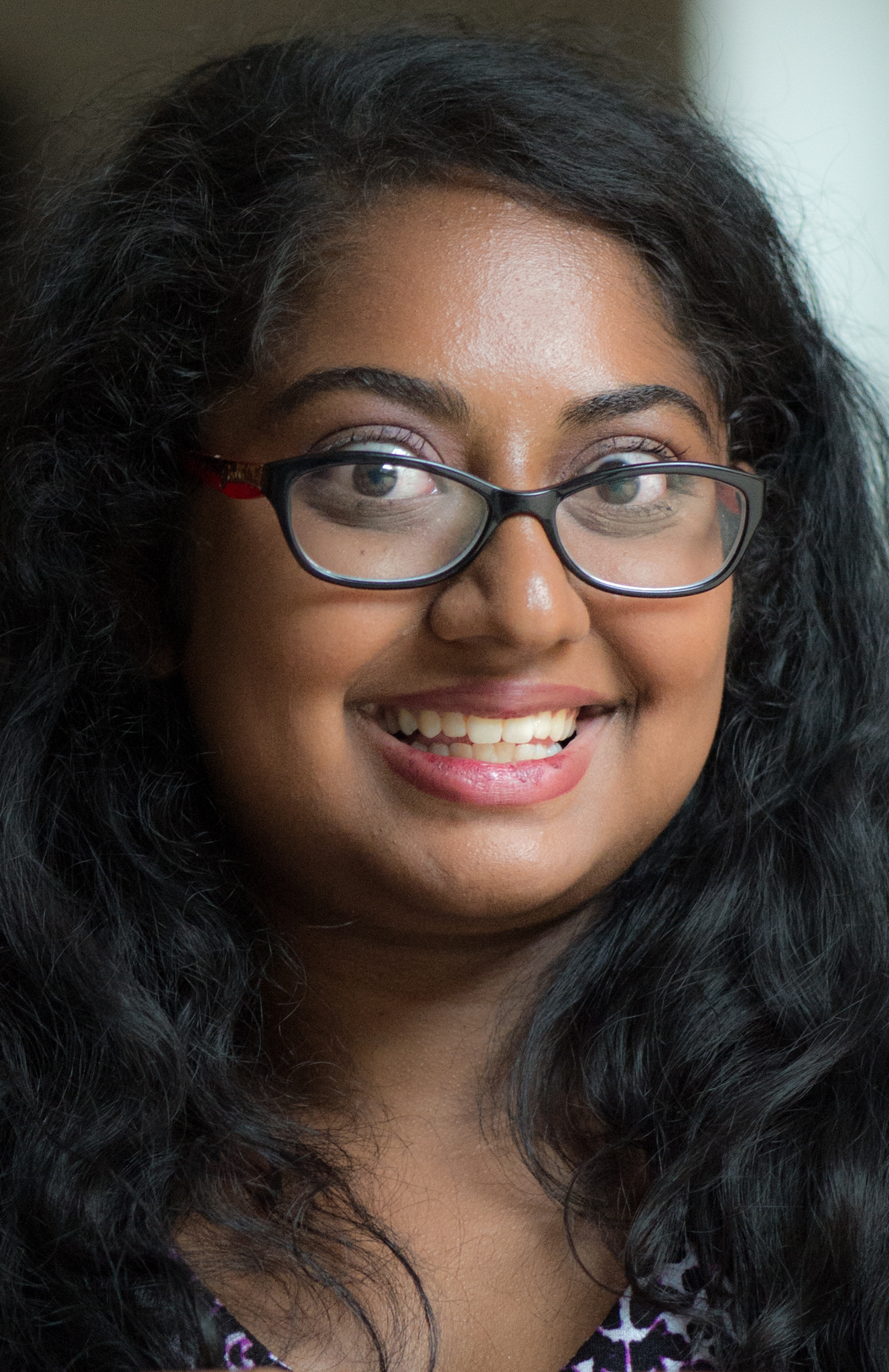 Alexis Ramanjulu is a student at the Walter Cronkite School of Journalism of Mass Communication. She is from a town where the mall is the focal point and makes traffic unbearable. She enjoys being with friends and Netflix after a long day.