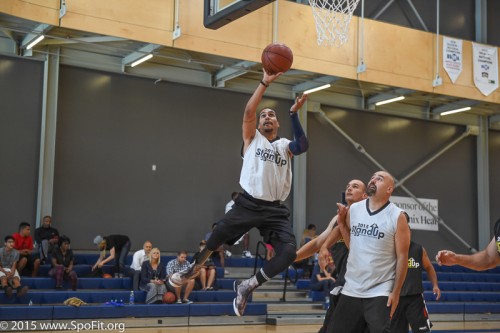 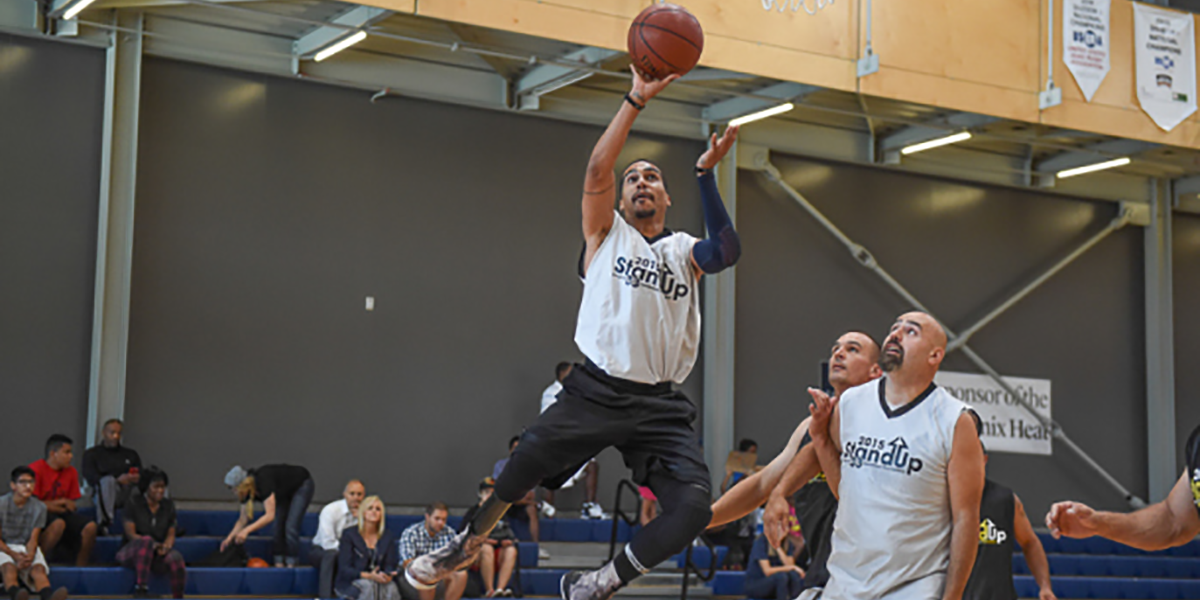 Players from all over the country, Saturday, played in the first annual Stand Up Amputee 3-on-3 Basketball Tournament at the Virginia C. Piper Sports & Fitness Center for Persons with Disabilities.

Players from New York, Utah, Oregon, Texas, California and Arizona arrived at SpoFit at 9:30 a.m. for the first three rounds of games. A DJ played music and lunch was provided for the players. According to Gus LaZear, the vice president and general manager of SpoFit, “the play was competitive, and the tournament was on.”

Last July, Banks reached out to SpoFit about hosting a stand up amputee basketball program. Banks and LaZear found a local sponsor to cover the players’ cost of entry, and a Wednesday night program began in September. The first night, over 13 individuals with various prosthetics came to play.

“I had to take a step back and just listen to what the players were saying,” LaZear said. “One player stated that this was the first time he had been in the same room with so many other amputees. Hearing this remark, I know this was the start of something special.”

In January, Banks and LaZear met to discuss how to take the program to the next level. The idea to host the first stand up amputee 3-on-3 basketball tournament evolved. A date was set, rules were established and registration was opened.

In late March, Swift Charities agreed to sponsor the event, allowing for additional marketing and outreach to continue. More sponsors followed and more teams registered to fill the tournament roster.

According to LaZear, the players are looking forward to another tournament next June. NASF and SpoFit hope to host another stand up amputee 3-on-3 tournament within the Duel in the Desert Adaptive Sports Competition in October. 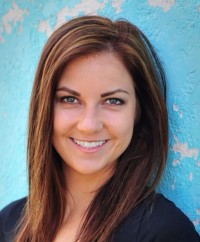 Anna Werner is a junior at Barrett the Honors College at Arizona State University and served as the marketing intern at Ability360 last summer. She is studying journalism and is passionate about fitness, writing, and traveling.