Story and photos by Loren Worthington

Fall is a busy time for adaptive sports. The Paralympics in Rio are less than a year away, and many of the sports are beginning to select which athletes will represent their country. Arizona has numerous athletes with gold medal aspirations. In the coming year, LivAbility will be following them as they get on The Road to Rio. 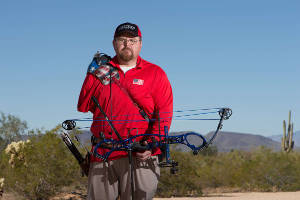 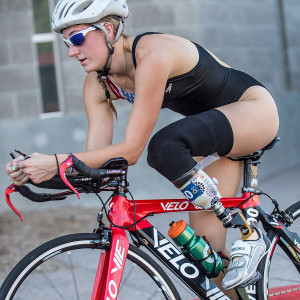 Allysa Seely (Glendale) is making her move to join Team USA in Rio in the highly competitive new Paralympic sport of ParaTriathlon racing. Allysa took home a silver medal last month in Detroit’s World Paratriathlon event, where the amputee women of Team USA swept up all three medals. Expected to take bronze in September in the 2015 ITU Elite Paratriathlon World Championships in Chicago, the Arizonan said “no thank you” and ran past both of her teammates, both former world champions, to take the gold medal and secure Team USA a spot in Rio. Way to go, Allysa! 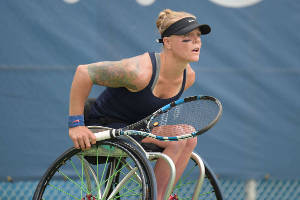 Kaitlynn Verfuerth (Flagstaff)has been climbing the ranks in women’s wheelchair tennis for the past year. In the Parapan Games she took home a silver in singles and a bronze in doubles. Kaitlyn was off to New York for the US Open in mid September.

Erik Hightower (Glendale) is one of Team USA’s top prospects for wheelchair racing. While winning one Parapan silver in the 400-meter race, he was involved in a terrible crash in qualifying that affected the balance of his races in Toronto. He will be heading to the 2015 IPC Athletics World Championships in Doha, Qatar, with an eye on securing his invite to the Rio 2016 Paralympic Games.

Rachel Kroener (Phoenix,) who is currently attending the University of Texas at Arlington, has been selected to represent the USA at the 2015 IPC Athletics World Championships in Doha, Qatar in October competing in shot put and javelin.

Arizona is home to five of the twelve athletes that make up the contingency of Team USA’s Wheelchair Rugby squad. Four of the crew, Chad Cohn (Tucson), Ernie Chun (Phoenix), Joe Delagrave (Chandler) and Josh Wheeler (San Tan Valley) were in Toronto for the Parapan Games. Unquestionably, the toughest ticket to get was for the long-anticipated rematch of Team USA and Team Canada in Wheelchair Rugby. The rivalry goes way back, and at stake was advancement to the Parapan Games in Rio de Janeiro next summer. In a gut-churning double overtime match, Team USA beat the Canadians in the preliminary match. In Friday’s finale in front of well over 10,000 local fans, Team Canada prevailed, and the USA Team had to settle for silver. The boys are off to London for The Rugby World Cup in October and then hope to qualify for Rio in early 2016.