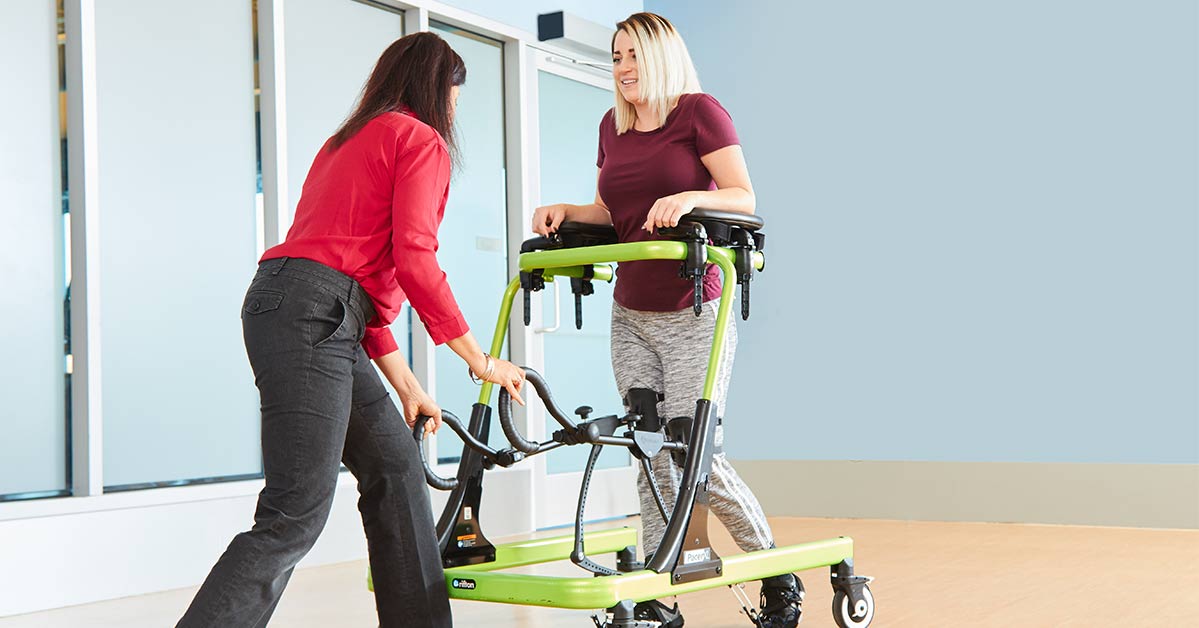 An engineer’s path to a new, more accessible machine

Just 20 years old, Daniel Campbell (pictured above) was living in a Chicago suburb in 2012 when his life changed forever.

“I broke my neck while wrestling with a buddy of mine and became paralyzed,” Campbell said. Campbell left school and moved back home with his parents and began physical therapy.

“Activity-based therapies target the activation of neural pathways below the level of injury to excite the central nervous system (CNS) and elicit a neuroplastic response to promote functional regeneration. It’s all about retraining the CNS to perform motor tasks by imposing certain characteristics to their training,” Campbell explained.

“We were trying to see what would come back,” Campbell said. “My recovery started climbing.”

Campbell then decided that he wanted to go back to school. Arizona State University became an attractive place for Campbell, as he thought he would be able to access an activity-based clinic.

However, his options were limited when searching for physical therapy clinics.

Back home in Chicago, Campbell had fallen in love with assisted gait training.

What is assisted gait training? 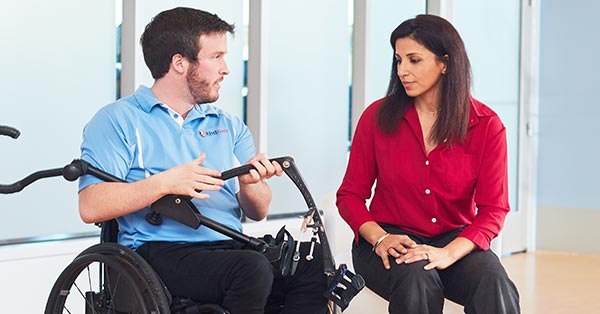 Although Campbell saw improvements while using assisted gait training, a lot of clinics around Phoenix did not have the proper equipment.

That is when Campbell had an idea.

Now majoring in engineering at ASU, he began to wonder if there was any way for gait training to be available more to smaller clinics.

“I built a device in late 2015. I just went to Home Depot and bought hardware to build the prototype,” Campbell said. He then began bringing it to therapy where people started asking questions about the machine.

According to Campbell, the device is “a powerful tool for performing assisted gait training (AGT). It attaches to a trainee’s legs at three points each and extends a few feet in front of their body.”

The Spartan was born.

“It slowly dawned on me that this can help a lot of people,” Campbell said. “Once I built [it], I realized it would be a disservice not to put it out there,” he added.

Campbell then began participating in ASU’s business competitions, like eSeed and Glowing Minds. “In 2017, at one of those pitches, there was a private investor who saw the pitch and expressed interest in funding the enterprise the rest of the way,” he said.

As of summer 2019, Campbell is currently selling the Spartan to clinics and helps train staff. Eventually, he hopes that the Spartan will be available for the average consumer. It is currently available in clinics near Chicago, and in California and Arizona.

“It’s really rewarding. I thought I would just love the design and not the execution. When I go visit the clinics and see their moods, and it’s an incredible feeling,” Campbell said.

Despite the Spartan’s success, Campbell still had bumps in the road. “There’s so many moving pieces; when I was going into this, I had a very naïve perspective. There’s a million moving parts,” he said.

Campbell hopes that the device will be beneficial to people who desperately need it. “I want it to be wherever it can help people in a way that something better can’t. I want to get it in the hands of individuals who it can really help,” he said. 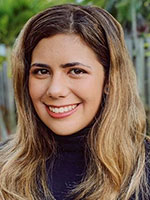 Gabrielle Olivera
Writer
Gabrielle Olivera is a student at the Walter Cronkite School of Journalism and Mass Communication. When Gabrielle isn’t writing or filming stories, she’s planning her next trip destination. Gabrielle hopes to make a lasting impact with the stories that she writes.