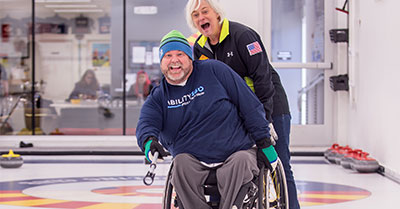 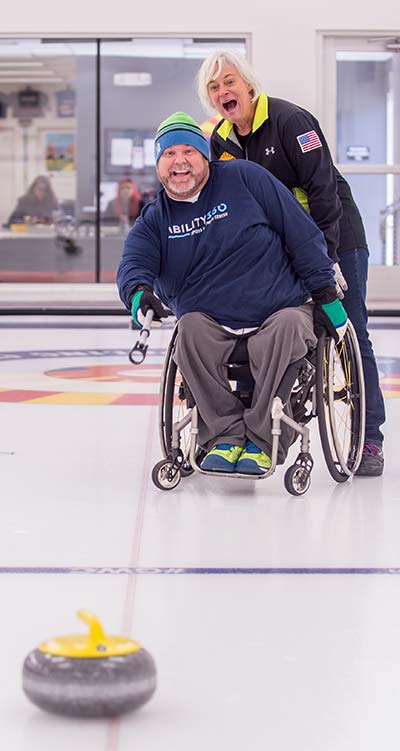 If you have spent even a little time at the Sports & Fitness Center, chances are you have encountered Tracy Heuermann, an Ability360 volunteer.

When asked what she has done for the last two and a half years, Heuermann said, “Whatever I can,” while therapeutic recreation specialist, Sara Bright, chimed, “Everything” nodding emphatically. As it turns out, “everything” is hardly exaggeration.

Heuermann fills in wherever there is a need, whether it be cleaning and moving equipment for special events, answering phones, cutting flyers—“Tracy Scissorhands,” as Bright called her—or being the guinea pig for new belayers on the rock wall.

As someone who has worked for the National Charity League, Habitat for Humanity, St. Mary’s Food Bank and Meals on Wheels, Heuermann claims volunteering with Ability360 has been the best.

“Everyone is happy here,” Heuermann said. “Sometimes, it is not necessarily about what you do, but who you do it with. “

Heuermann doesn’t just do the work, according to Bright. She truly cares about people, a statement that can be backed up by the deeply-rooted rapport she’s built within the community, smiling and waving at nearly everyone passing through the complex. Everyone seems to love her, and it would be hard not to, with her warm smile, expressive gestures, and speech so quick and passionate that one must focus to keep pace.

Aside from her volunteer work, Heuermann has a passion for traveling to new places and trying “oddball sports” like pickleball and curling. She’s spontaneous, as shown by her move from Kansas to Arizona with her husband for the golf and tennis or her spur-of-the-moment early-season trip to Snowbowl with Bright, whom she barely knew at the time.

Sometimes, trying something new leads to an entirely new passion, as was the case with curling. On a whim, Heuermann attended to a learn-to-curl event with her friends. Six months later, she went back with her youngest daughter. The game swept her off her feet. Ten years later, Heuermann is now on the board of directors with the Coyotes Curling Club.

She actively tries to recruit everyone she meets. For those who maybe recognize the ambiguous sport from the Olympics or those presently thinking, “Curling your hair is a sport?” can participate in the newly-formed Abililty360 Curling league. See the sidebar for details.

Curling is a bit like shuffleboard on ice. The primary objective is to deliver the “rock” (a standard 42 lbs. of granite with bolted plastic handles) as close to the “button” (a 1-foot in diameter “bullseye”) as possible. The game is highly adaptive to a wide range of abilities.

The Lead: delivers the stone

The Third/Vice Skip: third stone deliverer and second in command for strategizing

The Skip: Fourth to deliver the stone and central team strategist. Stands in the “house”: a 12-foot wide bullseye in the middle of the field 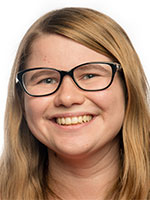 Gillian Carr is a graduate from Arizona State University with a B.A. in English Literature. Her interests include medieval literature, storytelling, caffeine, and dogs. Her dislikes include talking about herself, high shelves, and being asked, “Where are your parents?” while getting a sample at Costco.