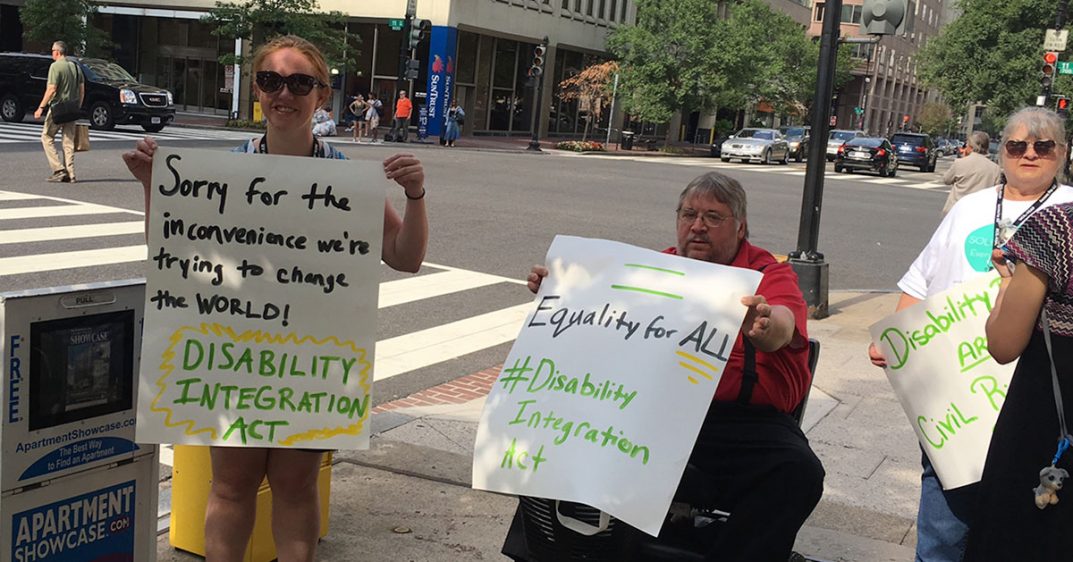 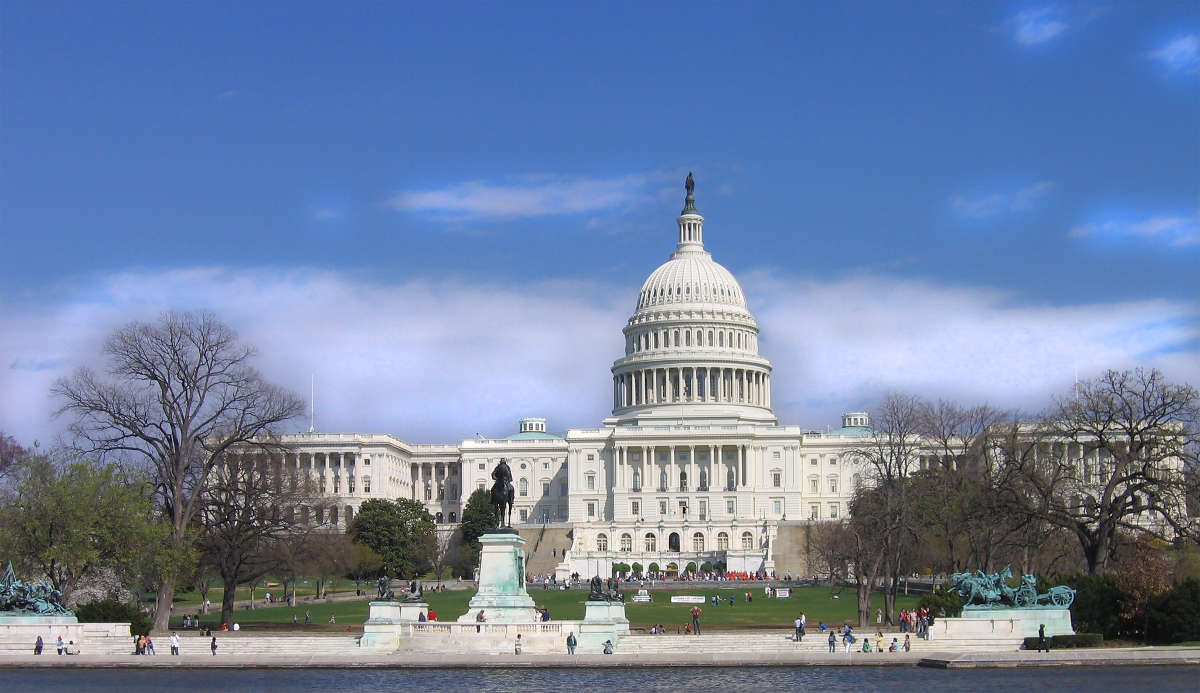 Mica and Mateo go to Washington

By Mica Stewart and Mateo TreeTop

Arizona Youth Leadership Forum Alumni share their experience at the National Council on Independent Living Conference, an opportunity made available to them by Ability360.

“When Ability360 offered to provide full scholarship for two Arizona Youth Leadership Forum (AZYLF) Alumni to attend the National Council on Disability (NCIL) Conference in Washington, DC, the faces of Mica Stewart and Mateo TreeTop flashed before my eyes like a brilliant fireworks display. No hesitation, whatsoever, these were the two who would most embrace and benefit from this experience. Mica (AZYLF 2014), and Mateo (AZYLF 2015), each have many impressive qualities, which were apparent when their respective classes elected them to serve on the AZYLF Leadership Team. Both young men have consistently demonstrated why they earned that honor, and this opportunity.”

I boarded the plane to Washington DC with a mixture of anticipation and trepidation. I had never been part of something that was truly national in scale. The knowledge that I was about to participate in such an event left me awestruck. Thankfully the rest of the Arizona delegation, whom I met at the airport, calmed my nerves before we settled in for the long flight.

Upon arriving, my fellow Arizona Youth Leadership Forum (AZYLF) Alum, Mateo, and I dropped off our luggage and set about exploring the hotel where the conference was taking place. The following morning, we attended a rousing opening speech followed by a series of workshops. I found the youth series of workshops extremely relevant and even took notes to share with AZYLF back home.

Though workshops continued throughout the week, the highlight of NCIL was, without a doubt, marching on Capitol Hill. Some six hundred men and women in the disability community from around the country gathered to march from the Grand Hyatt to the Capitol. It struck me as a magnificent example of solidarity among us, featuring individuals from every state, even my home state of Alaska!

After reaching the Capitol, we split into small groups and met with congressional staffers to talk policy. This was where we got down to business. At each appointment, I spoke to the congressional staffer and explained our goal to them: ensuring that everyone can live life to its fullest regardless of any disability they may possess. Leaving the congressional offices, it truly hit me that I, a 17- year-old from Chandler, actually had a hand in influencing government policy.

NCIL was an event of solidarity and activism, and that mindset will stay with me.

Being a young person who has a disability is a hard journey. Yet, those who have come before me and have lived through the challenge of a society unwilling to make big changes have had more hardship. Through civil disobedience and overcoming obstacles that were deemed too difficult to be achieved by people with disabilities, they have helped create a future with fewer bumps. However, there is still much work to be done.

For this reason, I was honored to be one of two youth selected to attend the National Council on Independent Living (NCIL) Conference in Washington DC, on a scholarship from Ability360. While there, I learned about issues in other states and territories. I gained tools to help youth who have disabilities vote and implement peer-to-peer initiatives for other youths, in order to facilitate meaningful engagement in their communities.

While in Washington DC, I participated in an event that is synonymous with the NCIL Conference, the March to the Capitol. There was something so empowering about marching down the same street that many other leaders have marched down. People who have marched to change the way they had been treated. To see the Capitol growing closer in the distance was amazing and was the highlight of the conference. 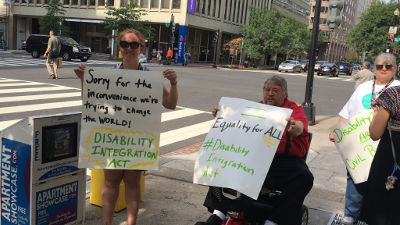 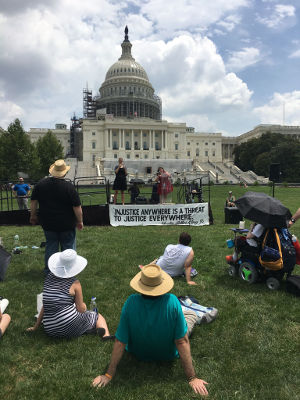 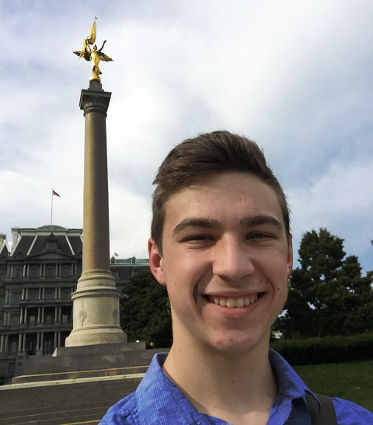 Mica Stewart is a 2014 Alumni of Arizona Youth Leadership Forum (AZYLF) for Students and Transitioning Young Adults Who Have Disabilities and Vice Chair of the AZYLF Alumni Association. A Senior in High School, Mica is actively pursuing higher education opportunities, providing service to others, and excelling in martial arts. 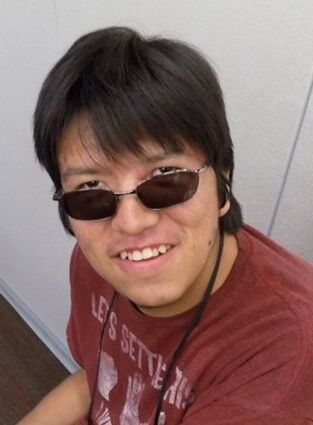 Mateo TreeTop is a 2015 Alumni of Arizona Youth Leadership Forum (AZYLF) for Students and Transitioning Young Adults Who Have Disabilities and Parliamentarian of the AZYLF Alumni Association. A Sophomore in College, Mateo embraces his Lakota heritage, admires the teachings of Sitting Bull, and aspires to become a Tribal Librarian.