“The big theme behind the World’s Largest Swim Lesson is water safety,” Bright said. “Their mantra is that swimming lessons save lives.”

There were 11 individuals who participated at Ability360 ranging from seven months old to sixty years old.
Bright said the goal is not to make these individuals professionals.

“We didn’t come out here trying to turn people into Michael Phelps or Amy Van Dyken,” Bright said. “We just want to give them the basic understanding of water safety; how to be safe around water, protect themselves from the sun, and skills to help them in the water and start having fun there.”

Ability360 Program Coordinator Brielle Carter and her husband, Phil, brought their two sons, Jax (5) and Maddox (2) to participate in the lesson.

“We live in Arizona, so there’s a lot of swimming opportunities,” Phil Carter said. “It’s always important for the kids to be comfortable in the water and to know the basics of swim safety.”
Brian Lindmark and his two sons, Jackson (14) and Holden (11), have been members at Ability360 for three years. Lindmark said it was the first time they had been in Ability360’s pool.

“I think the safety swim event was fantastic,” Lindmark said. “It teaches basic rules and safety around any pool and you take away a lot from just learning the general rule of thumb around pool safety. It was a great event.”

Lindmark took the lesson with his son, Jackson; he said that the event benefited both of them.
“Anything that could help him around the pool in terms of taking care of himself and learning ways to keep him afloat and techniques is a benefit to both of us,” Lindmark said.
Bright said Ability360 will host the event again next year.
Look for The World’s Largest Swim Lesson in 2018. 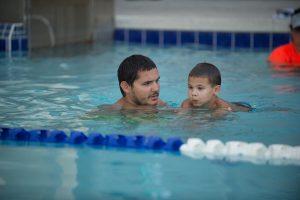 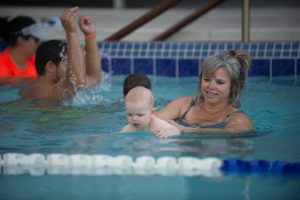 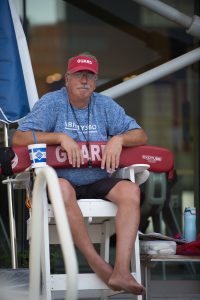 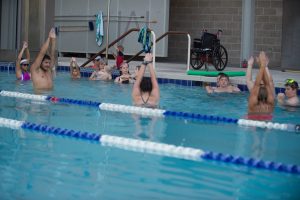 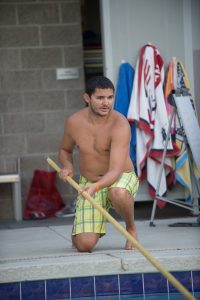 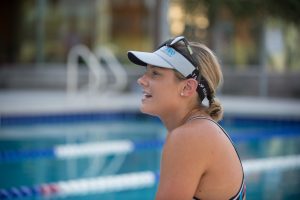