Two of the Recreation Therapy staff at SpoFit, Kelsey Bocken and Callie Martin, attended the National Adaptive Sports Conference hosted by the United States Association of Blind Athletes (USABA) September 15 through September 18 in Colorado Springs at the United States Olympic Training Center (OTC). The conference focus was exposing Veterans with visual impairments to Paralympic Sports. Kelsey and Callie attended six different, hands-on sessions throughout the three-day conference that gave them and other attendees ideas on how to implement track and field, judo, rowing, biathlon, tandem cycling, or goal ball at their facilities. Conference attendees were broken up into six different groups, rotating through each sport within the OTC. Paralympic Coaches and Athletes educated the professionals.

“It was an amazing experience to gain in-depth knowledge about the sport opportunities for people with visual impairments and blindness. I can’t wait to bring everything I learned back to SpoFit, and get members involved in these opportunities, in the future.”  said Kelsey Bocken.

The last day of the conference, the six teams battled it out, blindfolded, by competing in an intense two minute row, the shooting portion of a biathlon using an audio rifle, and a goal ball tournament for the bragging rights of Gold, Silver, and Bronze. Kelsey and Callie contributed to their team competitions, walking away with Silver Medals. Callie’s favorite aspect of the conference was the wealth of knowledge each Paralympic Athlete shared with attendees and being able to brainstorm with other attendees of how to bring these sports into our facility, while Kelsey’s favorite component was networking with other professionals, Paralympic Coaches, and Paralympic Athletes. 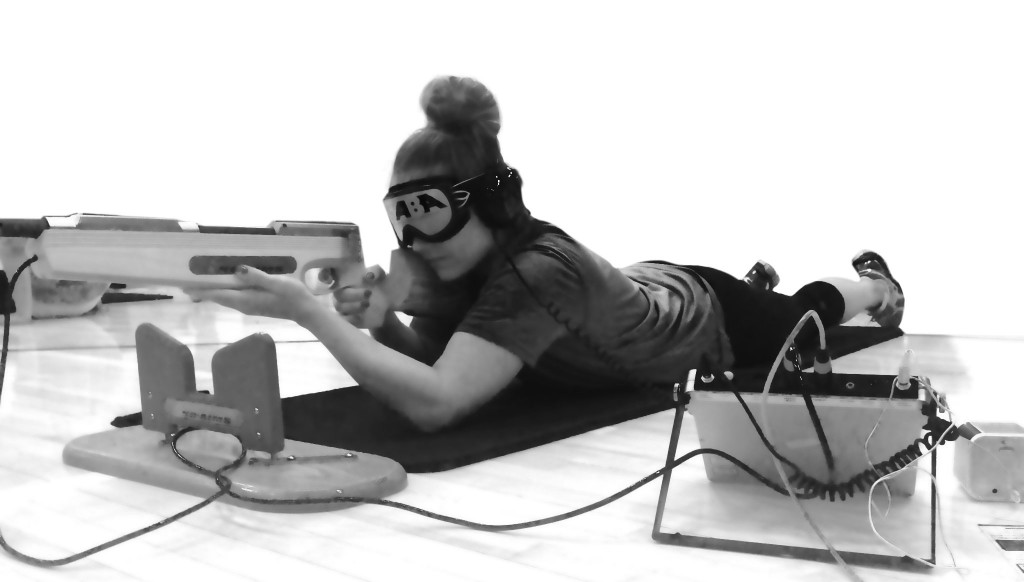