Ability360’s executive team is comprised of individuals with extensive experience and education. The team has over 70 years of collective experience in the nonprofit and independent living market.

Phil Pangrazio is the President and Chief Executive Officer (CEO) of Ability360, one of the largest Centers for Independent Living in the United States, with an annual budget exceeding $35 million. Pangrazio oversees a wide array of programs designed to empower people with disabilities to achieve or maintain independent lifestyles within the community. Under Pangrazio’s leadership, Ability360 has experienced more than seventeen consecutive years of growth and success. Ability360’s expansion of its Home Care Services (HCS) program and the additions of both SSA Work Incentives Planning and Assistance, Ticket-to-Work Employment, Youth Transition Services, Living Well with a Disability and Arizona Disability Vote Project are just a few of his achievements. He also launched a comprehensive marketing and public relations campaign that has expanded Ability360’s visibility with donors, volunteers, government officials and the community at large.
Read More

April Reed is the Vice President of Advocacy and Designated Legislative Lobbyist at Ability360. Reed received her Master’s degree in Social Work from Arizona State University in May 2005. Reed creates programs that empower individuals with disabilities and their families. These programs include advocacy-related workshops, one-on-one mentoring, facilitating wellness groups, providing technical assistance to develop consumer-driven initiatives, and developing community partnerships that address barriers to consumer choice, equal rights, and self-determination. 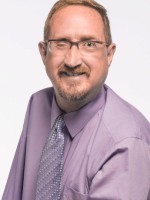 Darrel Christenson serves as the Vice President of Community Integration at Ability360. In his position, Christenson oversees Independent Living skills training, home modifications, information and referrals, and Independent Living services to individuals with disabilities in Valley rehabilitation centers and nursing homes. All services aim to empower persons with disabilities to take responsibility for their lives and live independently in their community.

Before his post with Ability360, Christenson was the outreach coordinator for the Southeastern Minnesota Center for Independent Living (SEMCIL). During his time with SEMCIL, Christenson was responsible for the center’s expansion, which included opening three additional branch offices to serve the community better. Christenson also provided direct services in rural counties to persons with disabilities, their families, and the community at large.

Christenson, a Minnesota native, graduated from Mankato State University, Mankato, Minnesota, with bachelor’s degrees in both Psychology and Sociology. Christenson also earned his master’s degree in Guidance and Counseling from the University of Wisconsin – Stout, Menomonie, Wisconsin.

Since July 2014, Christenson serves on the Board of Directors for the National Council on Independent Living (NCIL). 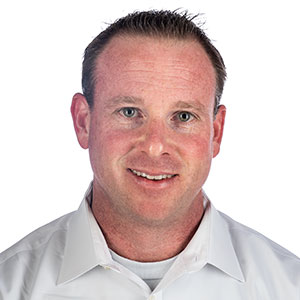 Todd Fricke is responsible for leading the Home Care Services operation at Ability360. Fricke, a Phoenix native, has worked in the home and community-based services in Arizona as well as other states throughout the country. Fricke’s breadth of leadership includes experience with independent living, personal care, home health, hospice, intellectual and developmental disability, behavioral health, and therapy.

Fricke is a graduate of Ottawa University’s School of Social Work and started his career as a caregiver working with people with developmental disabilities. Most recently, Fricke served as the Executive Director for Indiana MENTOR–a leading home and community-based human services provider–and was responsible for the growth of MENTOR’s intermediate care facilities, adult day health centers, and advocacy efforts. 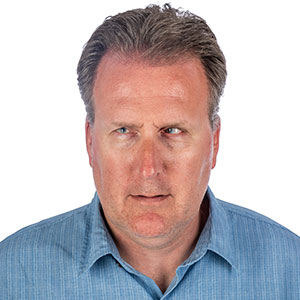 Wanger’s first experiences with an Independent Living Center were as a consumer and then volunteer working on systems advocacy issues related to public transportation and ADA enforcement. He has provided several national trainings, coordinated various conferences, and currently serves on the board of the Association of Programs for Rural Independent Living (APRIL). 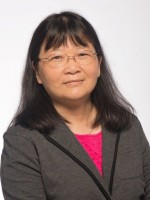 Feng Chiou joined the Ability360 team in 2002, when the agency budget was $6.5 million. She now oversees financial operations for a budget exceeding $40 million. After earning a bachelor’s in Accountancy at NAU, Feng applied her financial/accounting knowledge in positions at Maricopa Integrated Health System and St. Luke’s Health System. When she’s not crunching numbers, Ms. Chiou lends her expertise as a volunteer tax preparer for low-income individuals and has volunteered for Tzu Chi Foundation, an international humanitarian organization.

LaZear’s background includes more than 18 years of experience managing major programs and initiatives in rehabilitative medicine, recreational therapy, outdoor adventures and other adaptive programming for people with disabilities. For the last six years, LaZear handled responsibilities as lead therapeutic recreational therapist at the Barrow Neurological Institute at St. Joseph’s Hospital and Medical Center in Phoenix. LaZear earned a master’s of Business Administration, with an emphasis in Health Systems Management, from Grand Canyon University and a Bachelor of Science in Therapeutic Recreation from California State University Northridge.

Loren Worthington is Ability360’s Vice President of Marketing and Communications. He is also the publisher of LivAbility magazine.

Prior to joining Ability360 he worked in marketing in the hospitality and resort industry. He also holds two patents used for conducting inspections on underwater pipelines (go figure).

He has an extensive portfolio of work as a photographer with an emphasis on sports photography. He was an official photographer for TeamUSA at the Summer Games in Rio. You’ve seen his work in numerous Arizona-based outlets and nationally in New Mobility Magazine and Sports N’ Spokes.

As an avid outdoorsman, he sits on numerous committees that work to improve the accessibility of the outdoors.

Worthington has a bachelor’s in economics from Arizona State University.